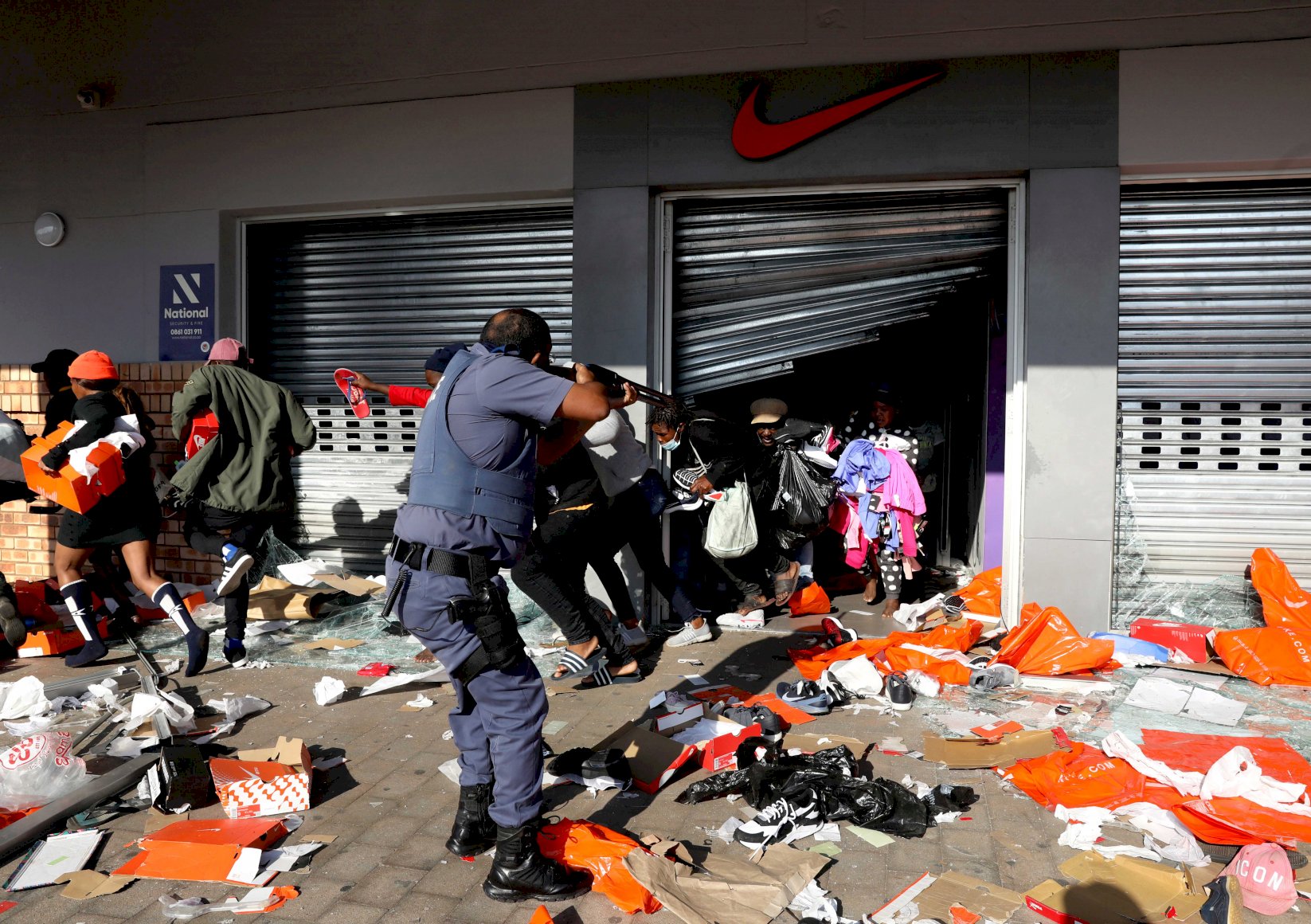 Looters flee from a police officer at a shop in the Springfield Value Centre in Durban. Unrest erupted in parts of South Africa in July over former President Jacob Zuma’s imprisonment, resulting in many businesses being looted and burnt. At least 337 people died. President Cyril Ramaphosa deployed the army to the affected areas to bring stability. Even though this looted and damaged shopping center where this photo was taken will be rebuilt and will be fully functional by the spring of 2022, some small businesses have closed down permanently. Hundreds of people have lost their jobs raising the rate of unemployment to 34.4%, or 7.8 million jobless people. The entire damage to businesses comes to $1.7 billion (25 billion rand), according to the state insurance company handling the claims.