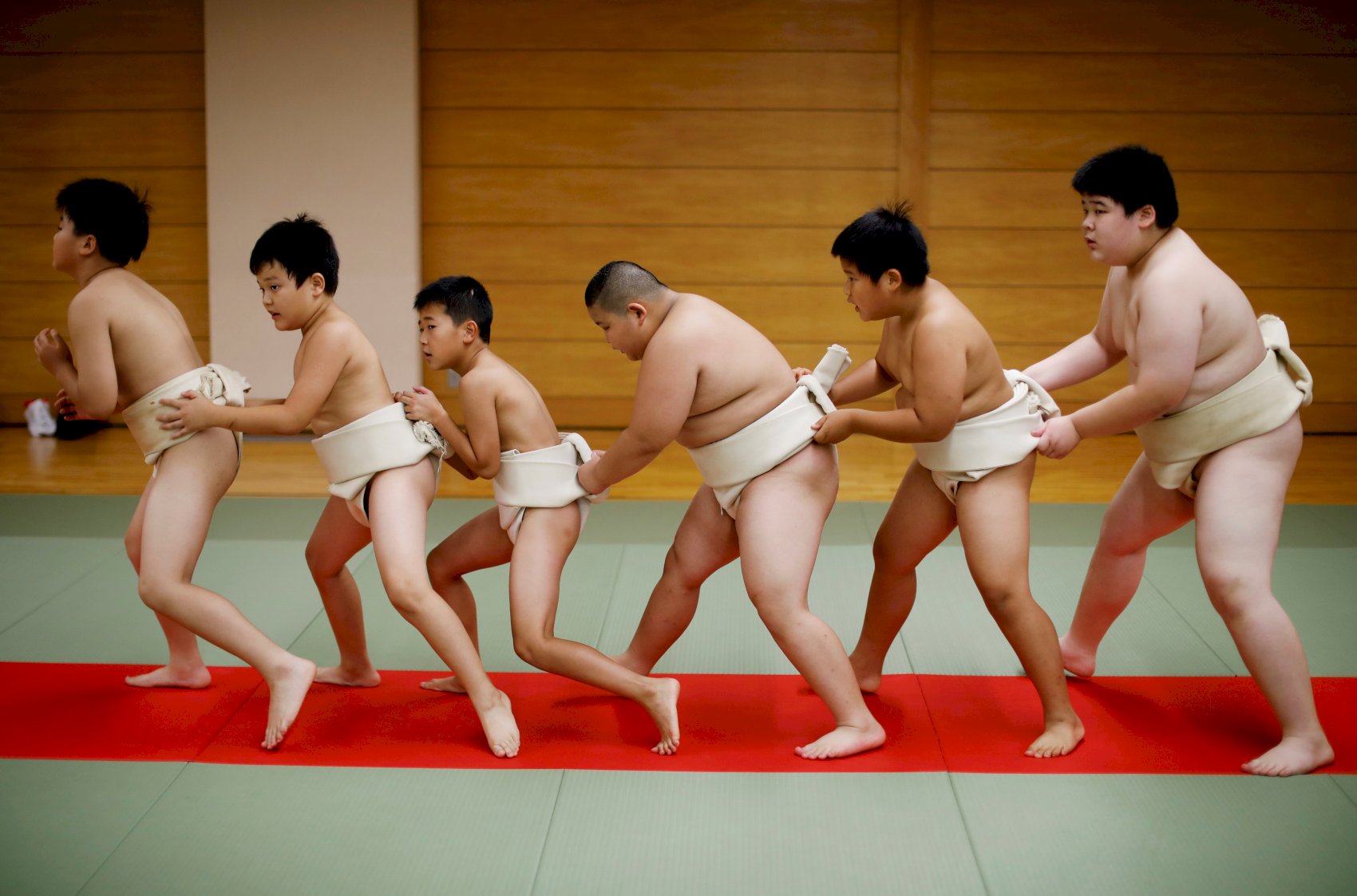 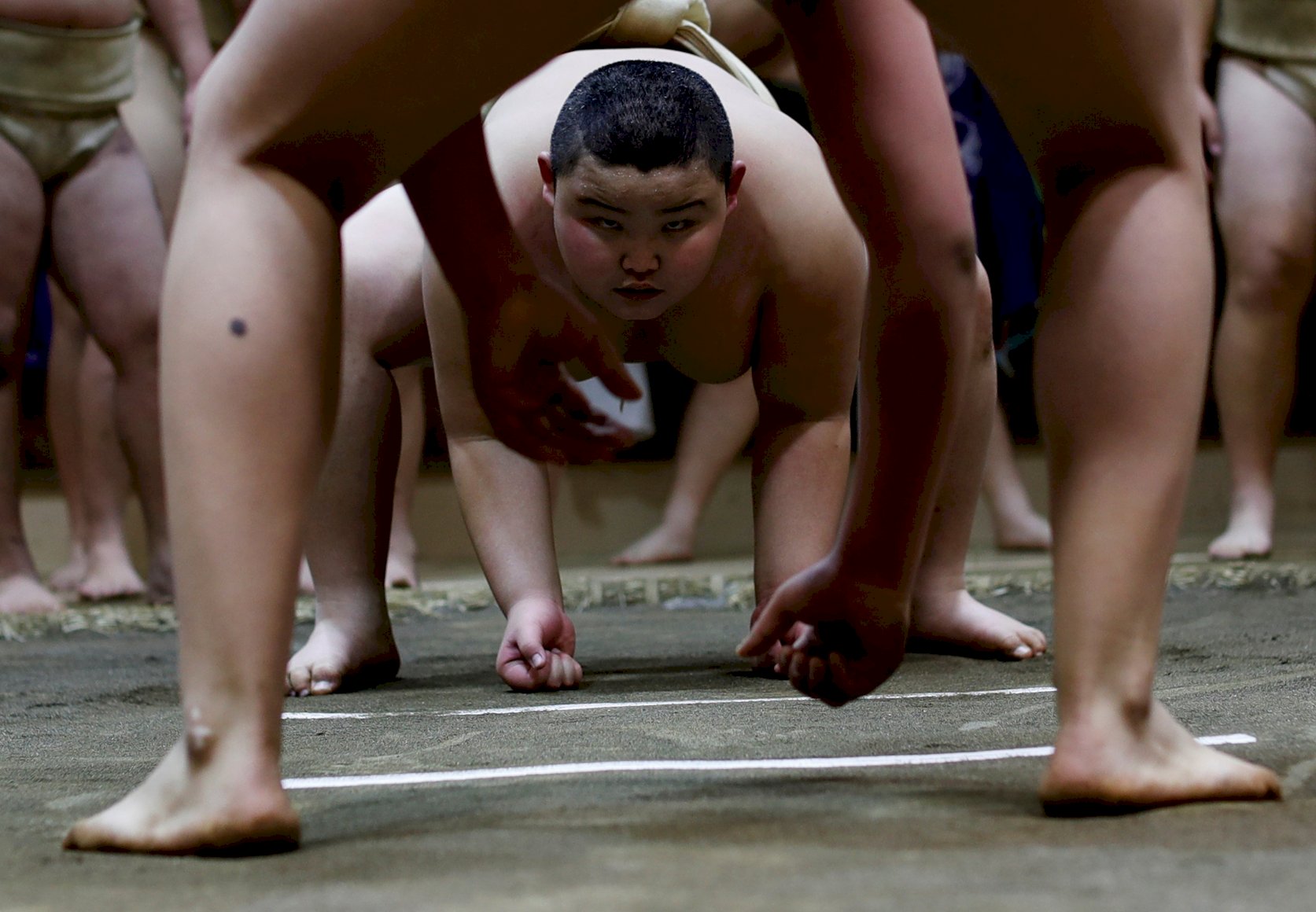 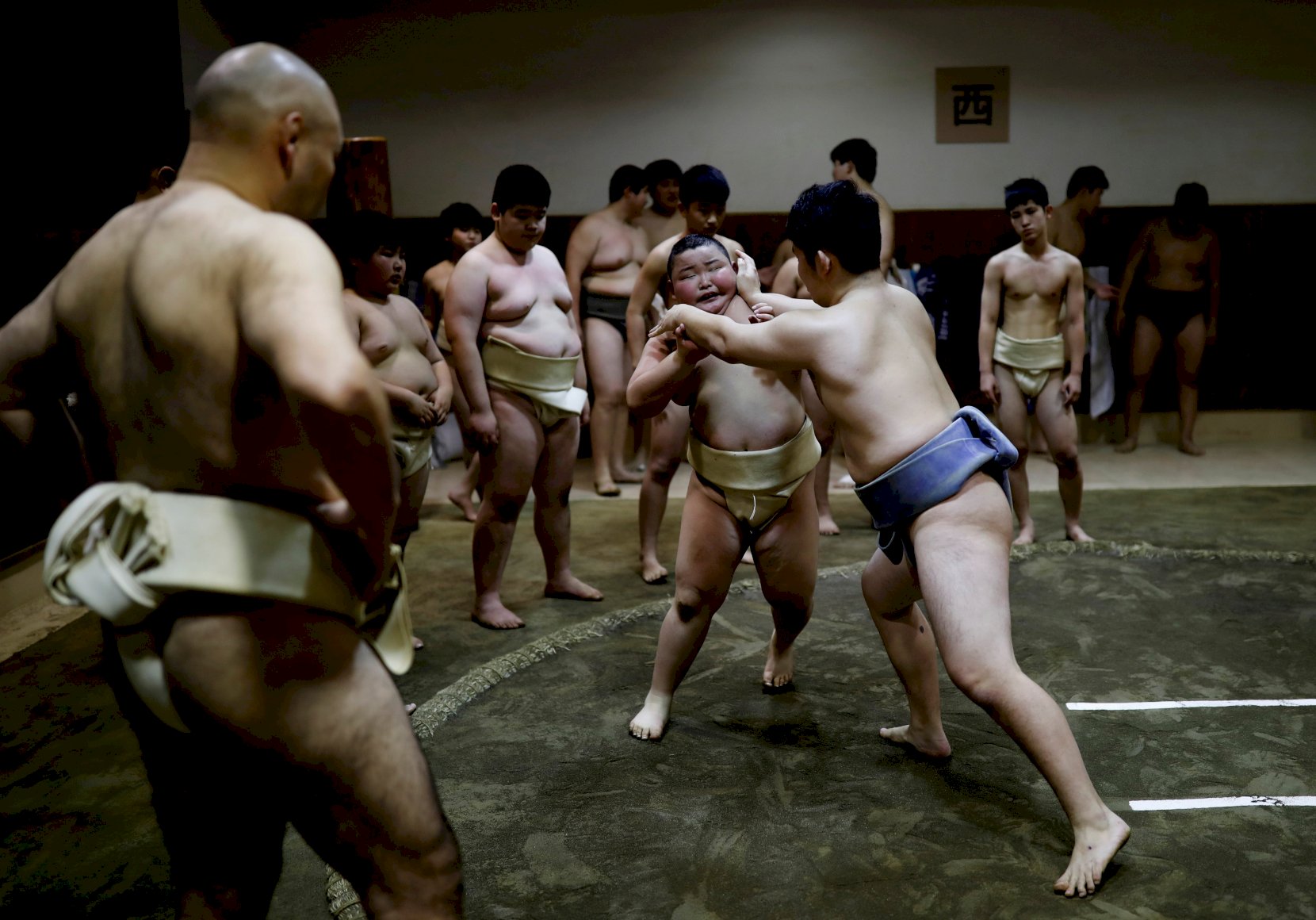 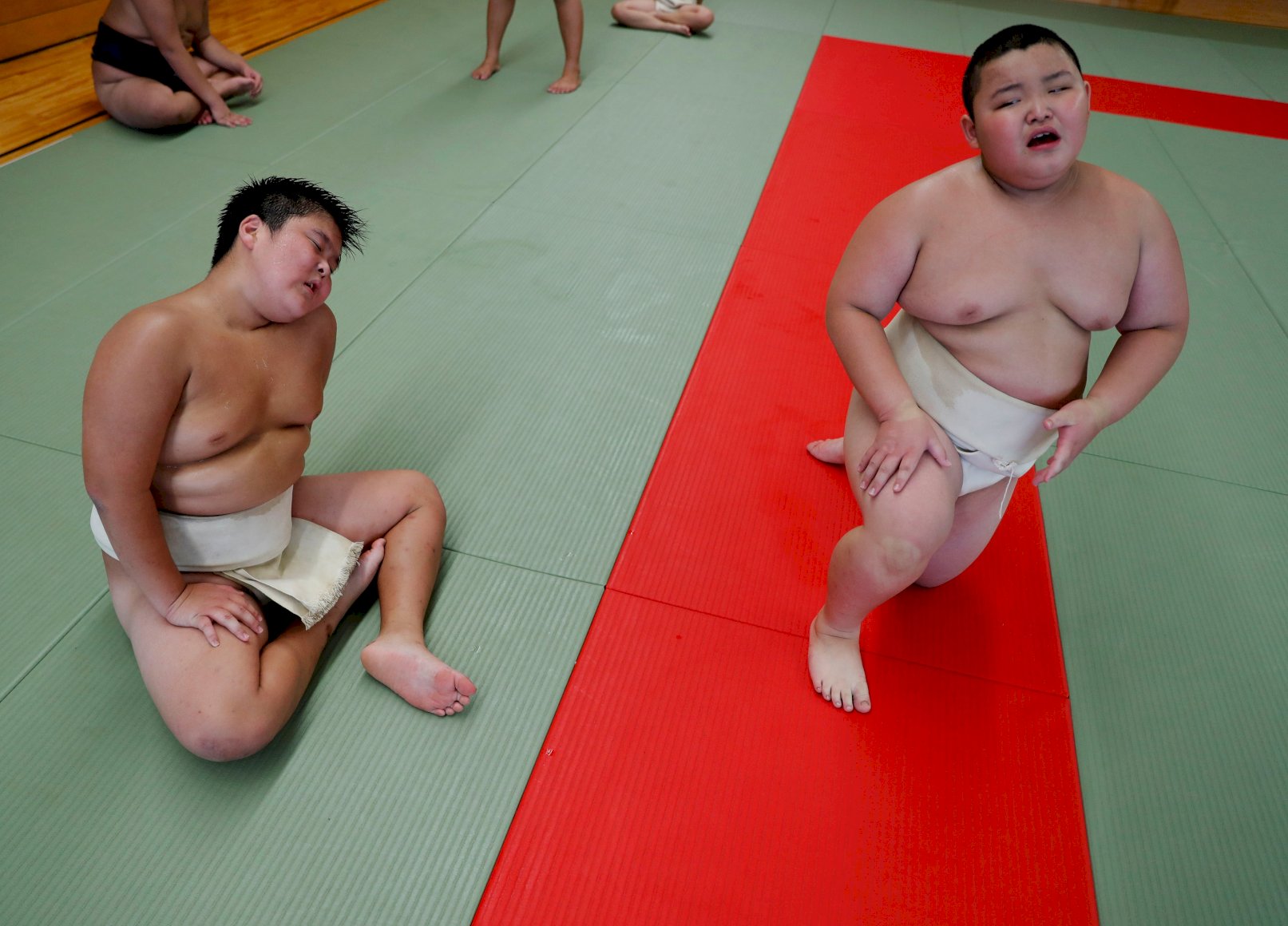 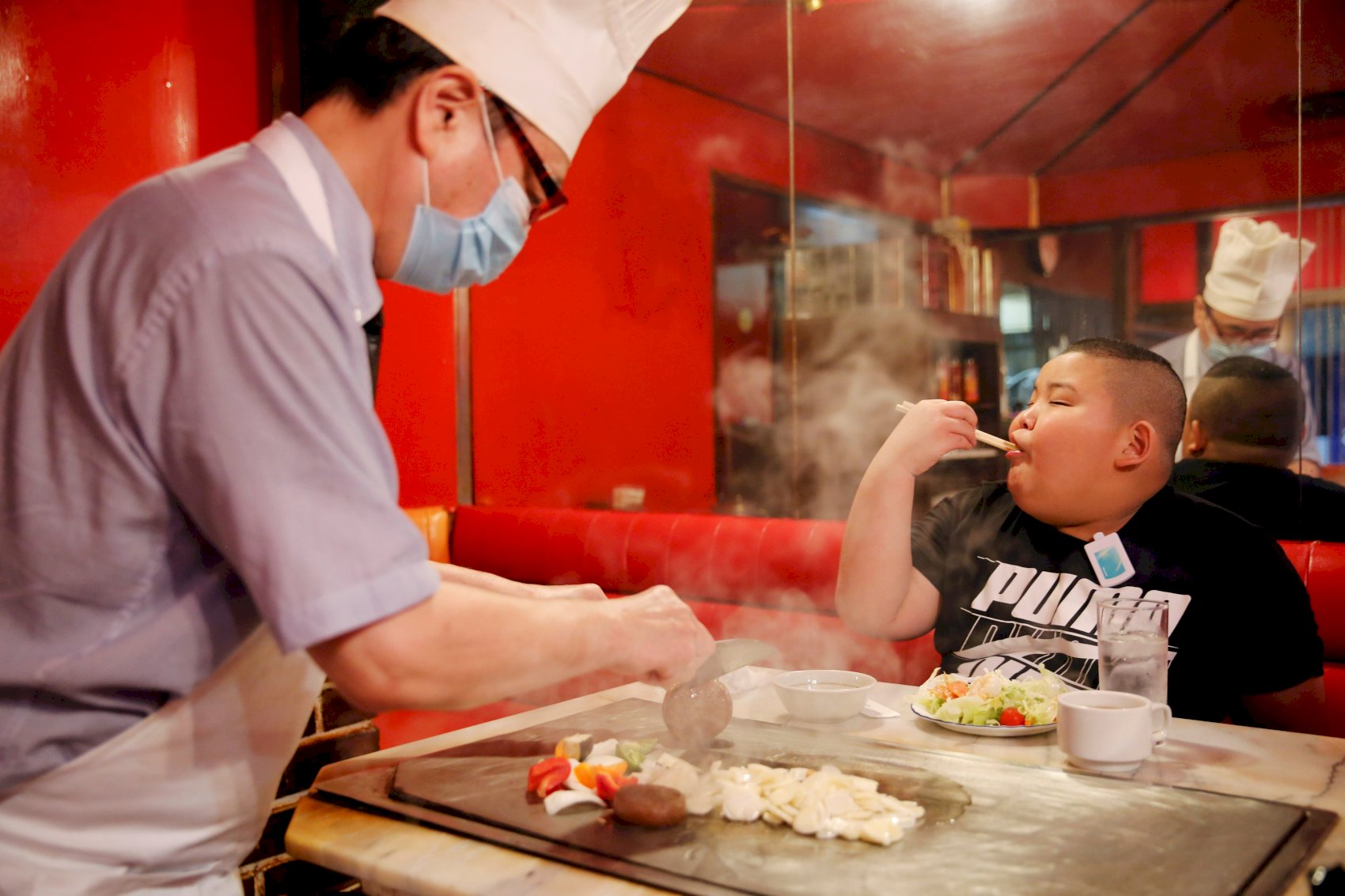 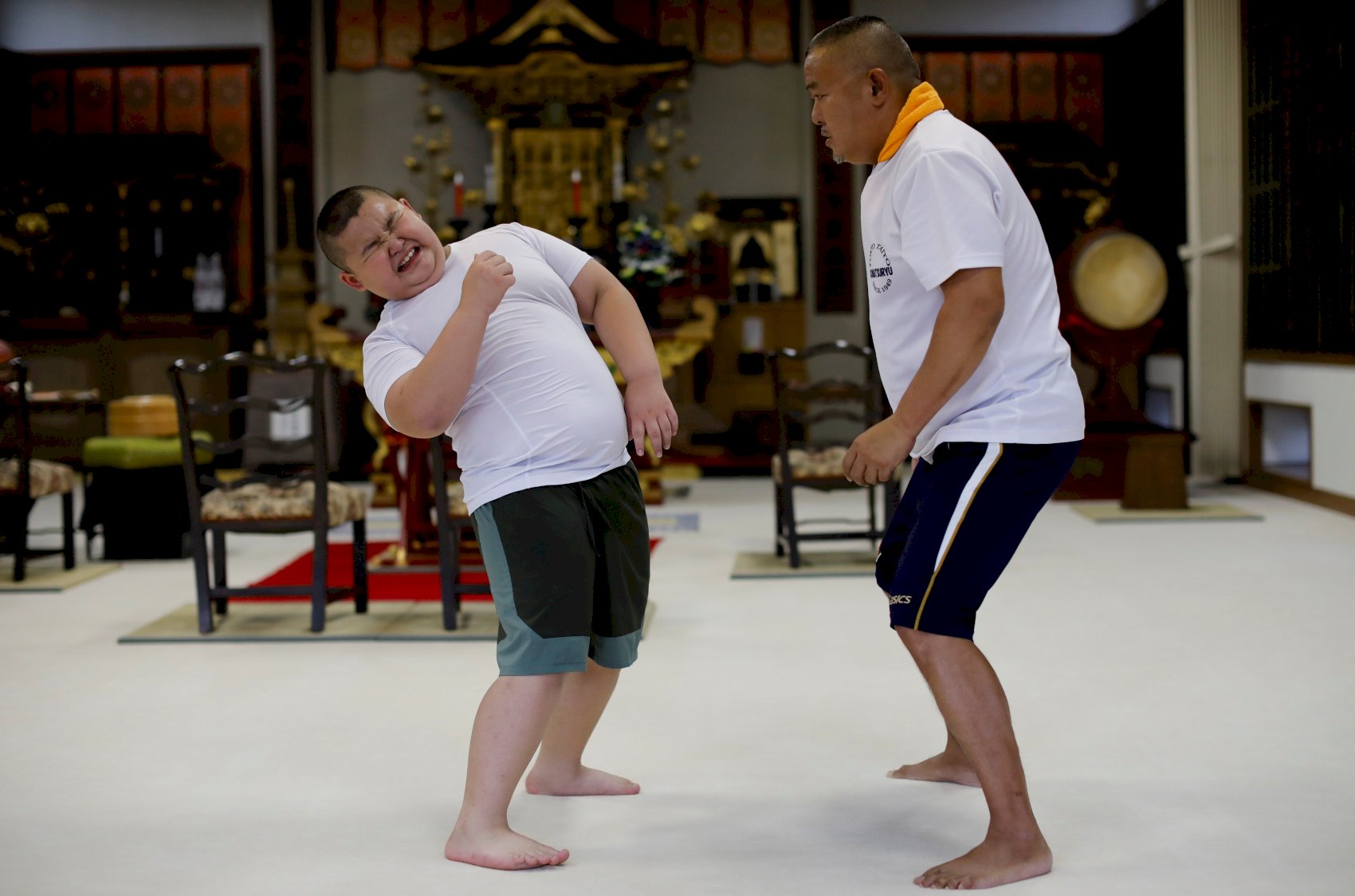 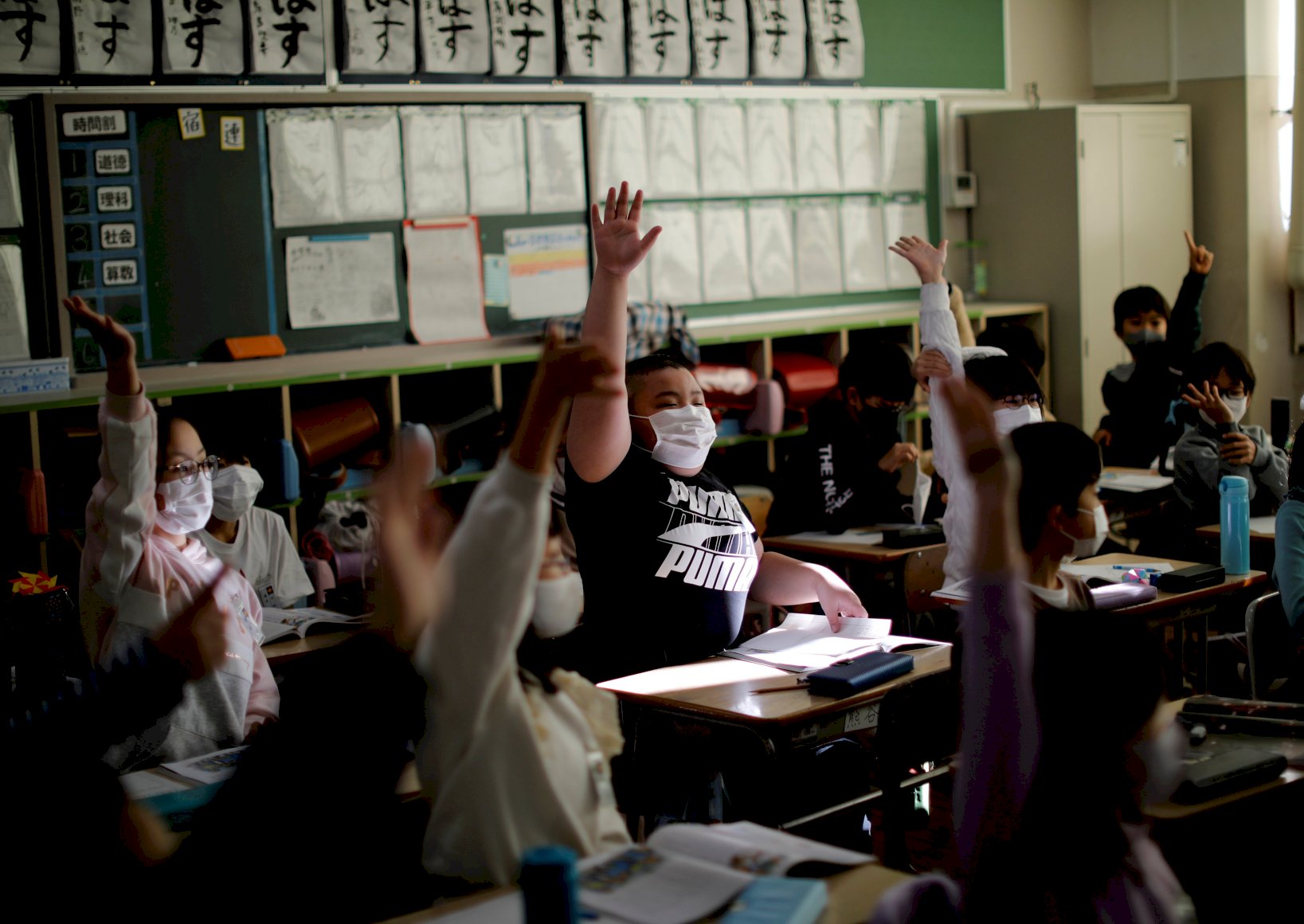 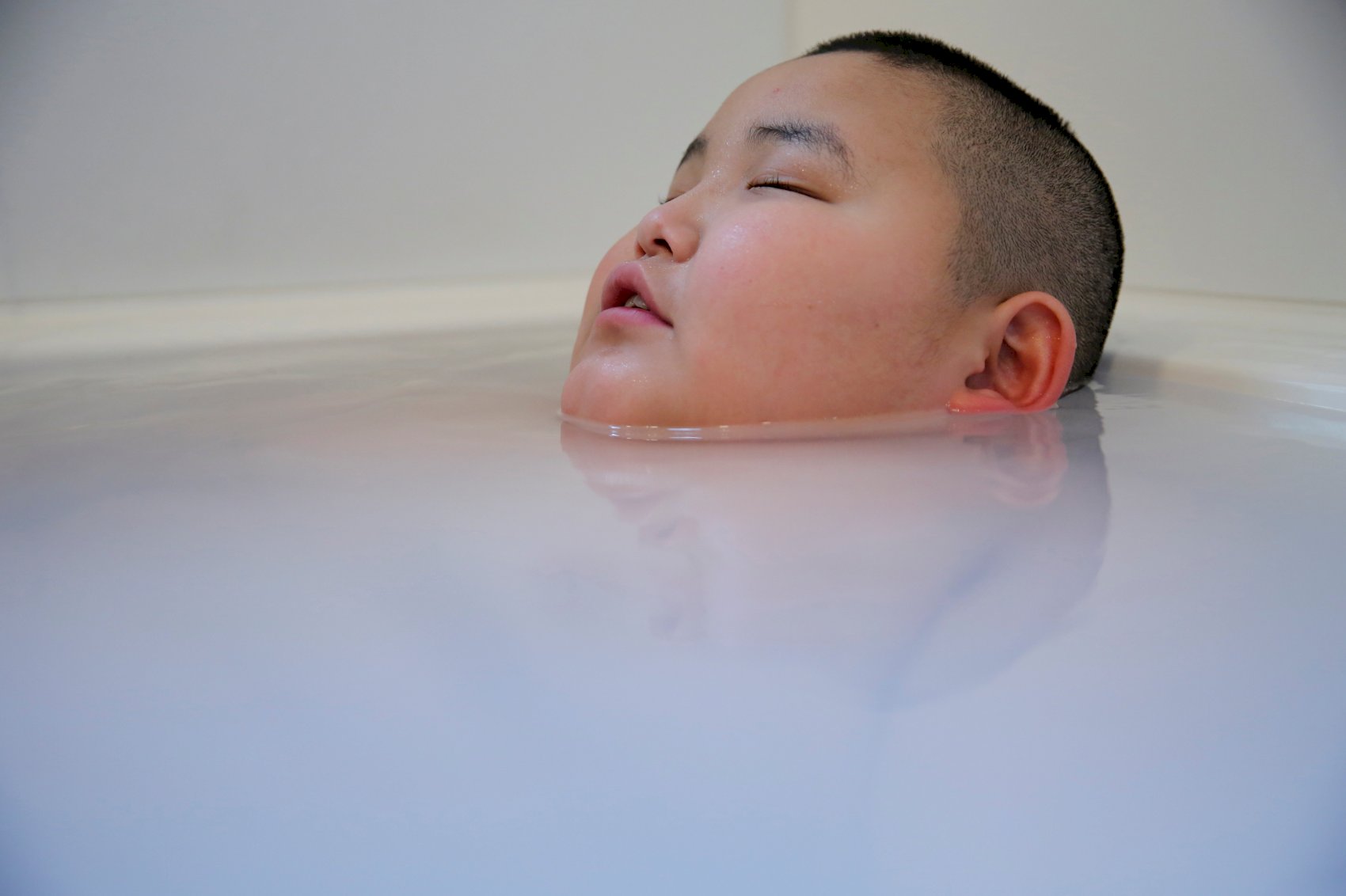 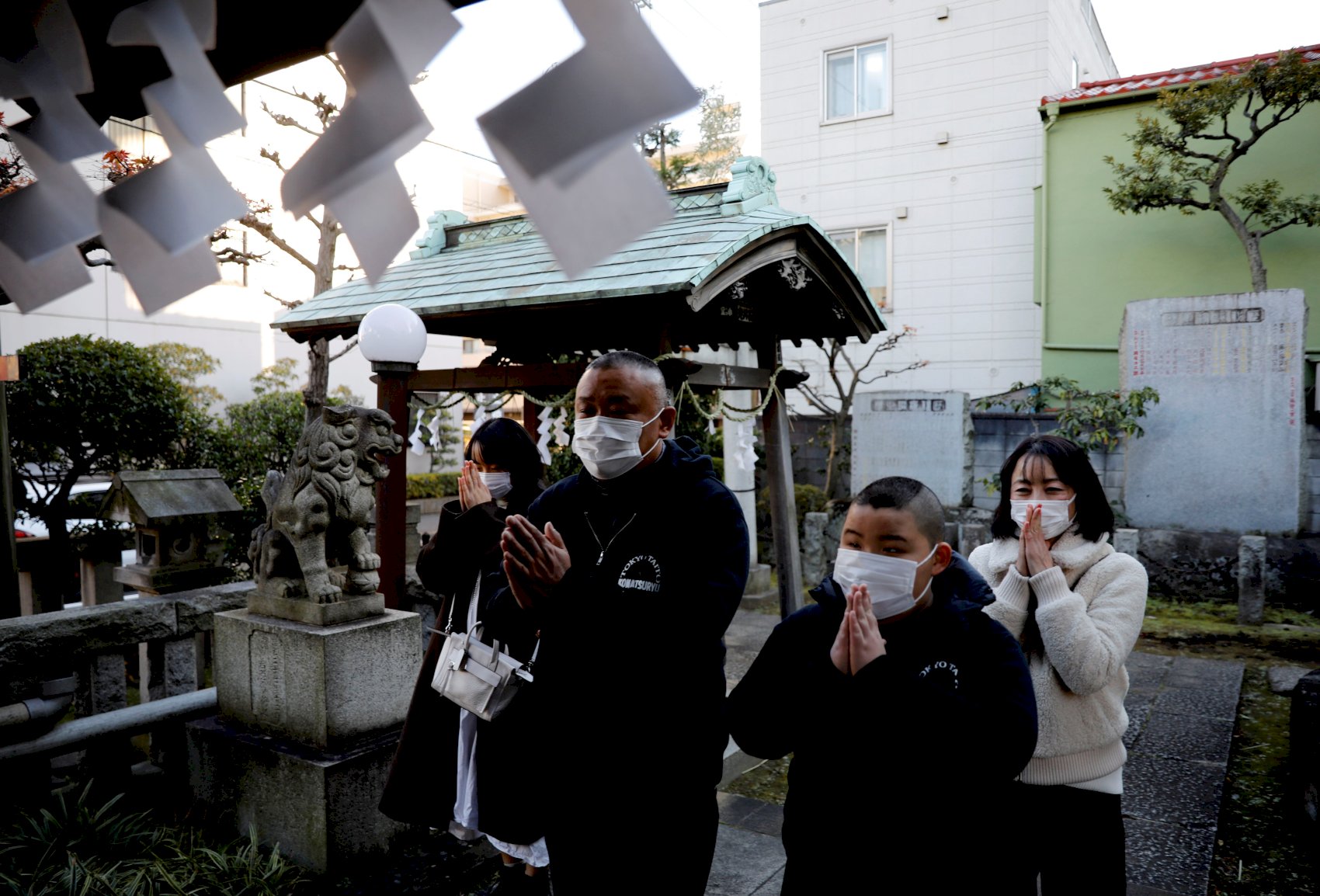 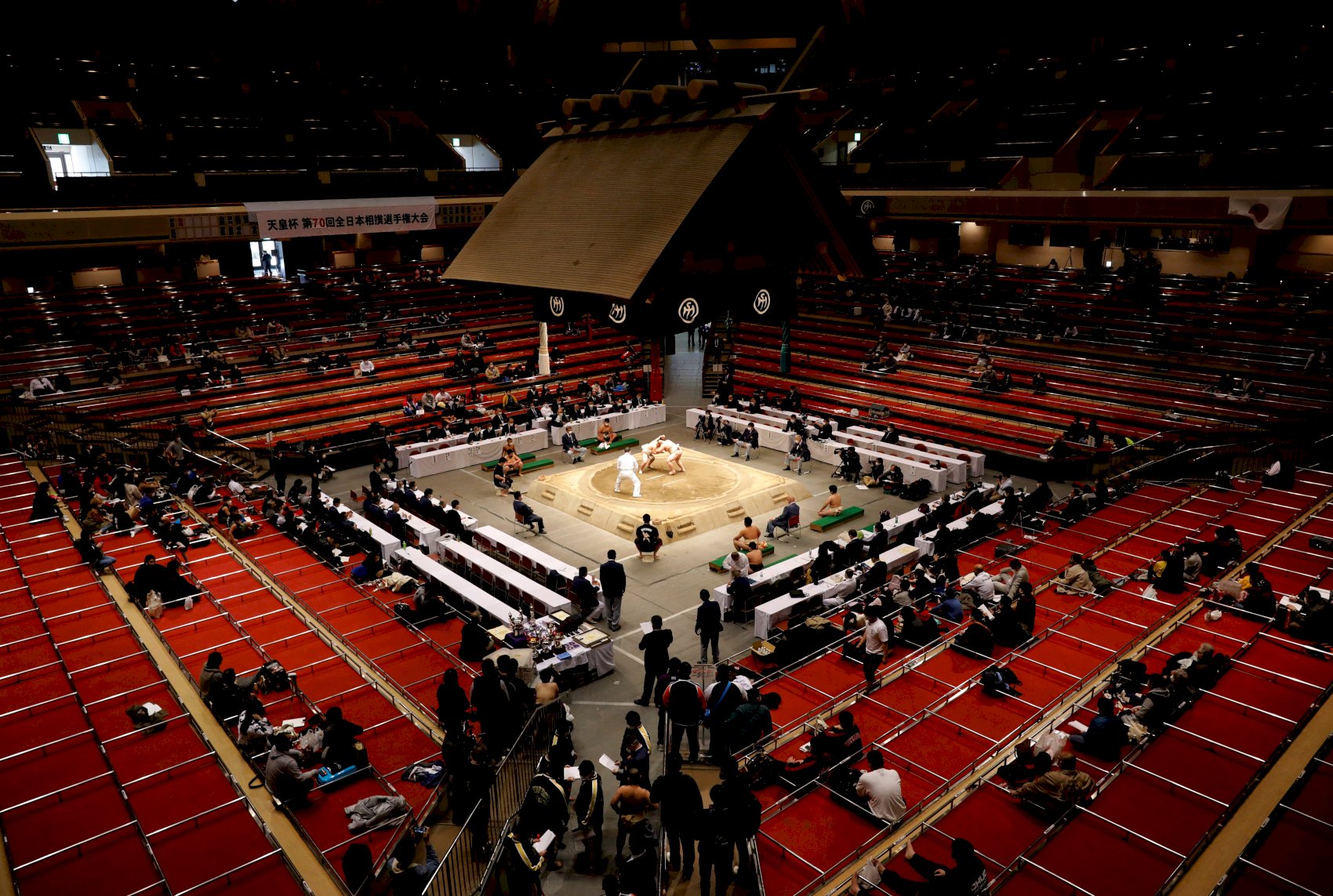 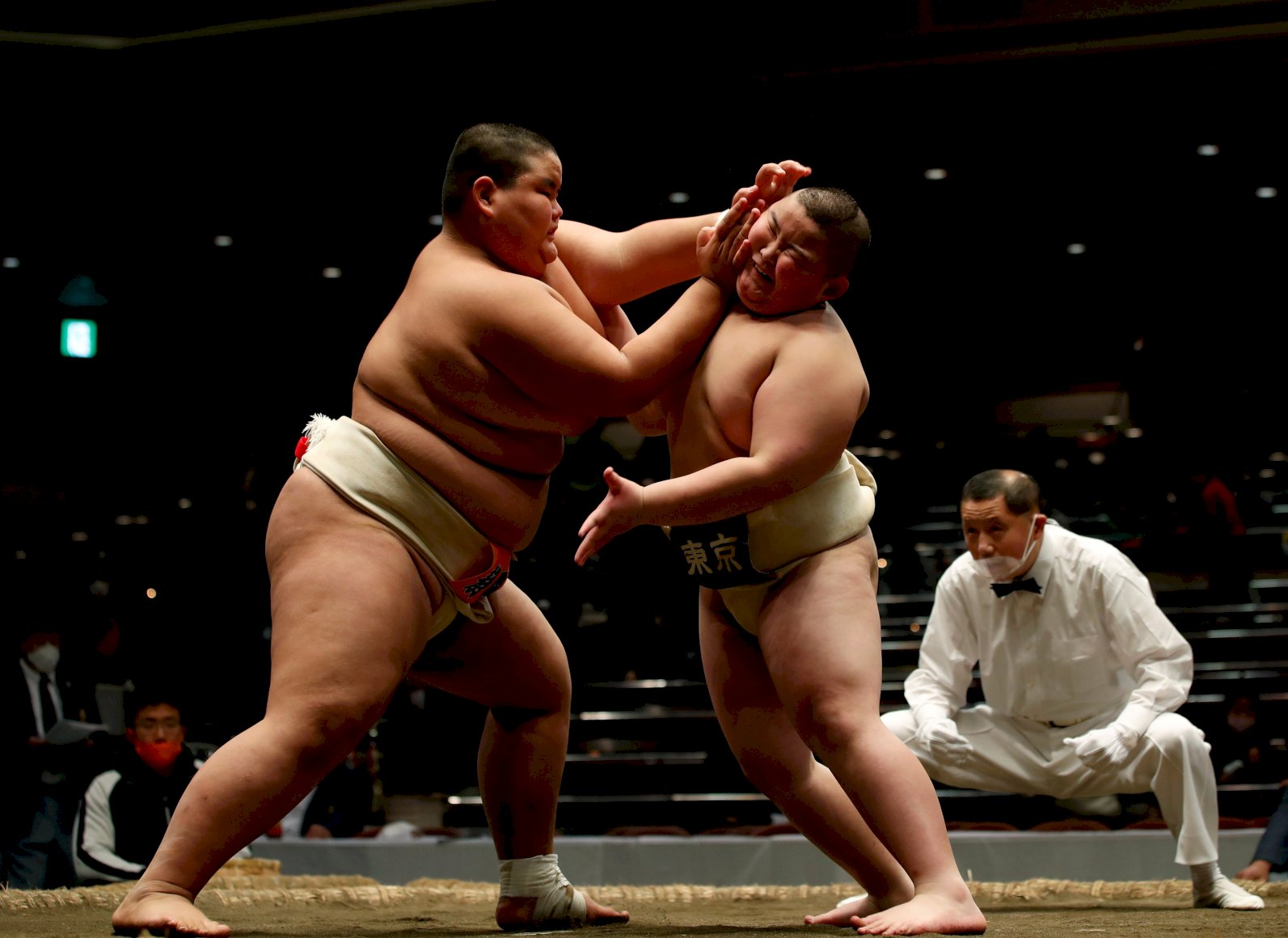 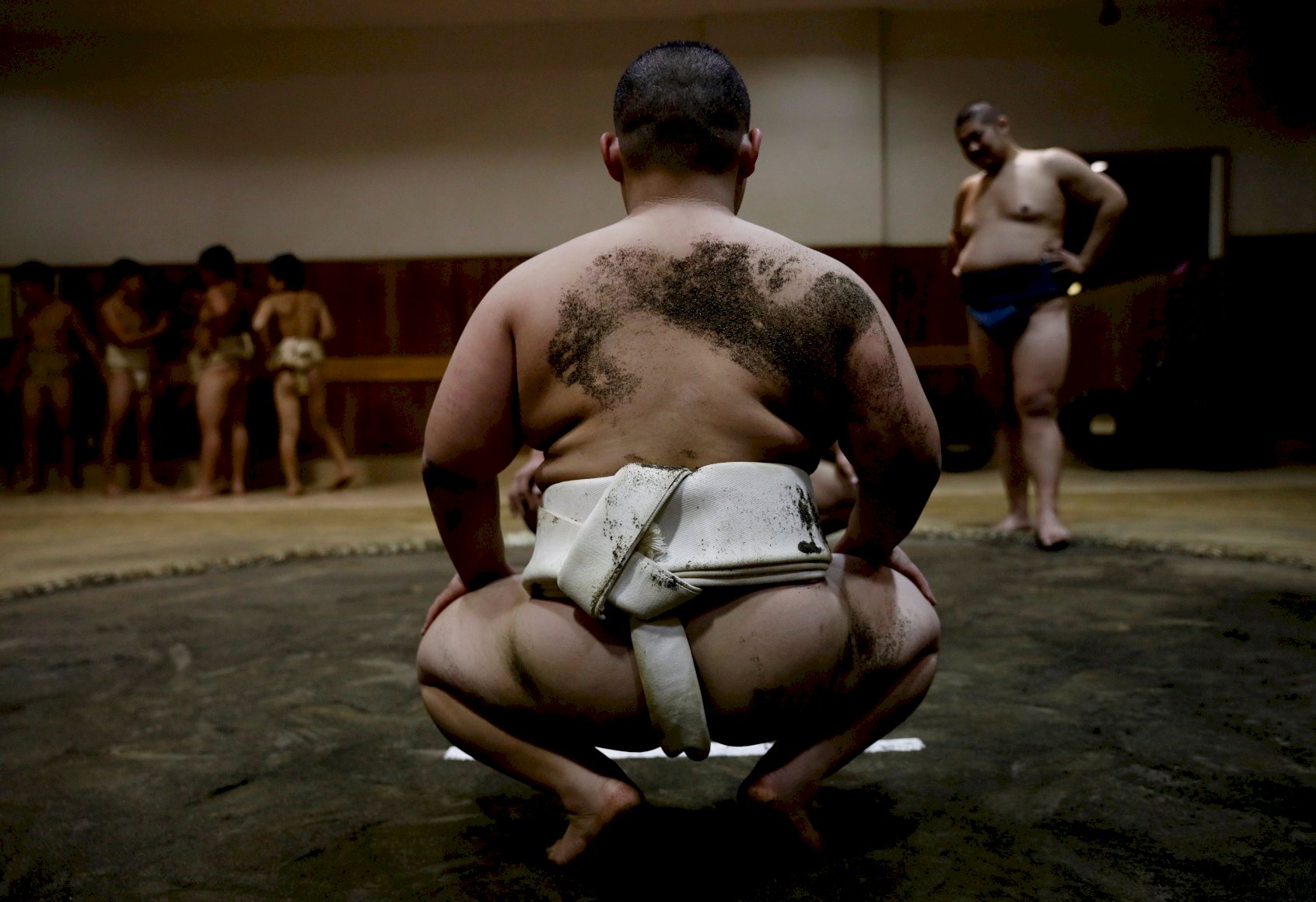 Kyuta Kumagai, an aspiring sumo wrestler weighing 90 kg at 11 - twice the size of most boys his age - was pinning his hopes on an all-Japan sumo championship tournament. Months of training six days a week, so hard the boy was sometimes left in tears. Months of eating meals calculated to pack on weight.   Kyuta's relentless training regime was devised by his father, Taisuke, a former amateur sumo wrestler who quickly spotted his son's talent and entered him in a sumo tournament when he was still in kindergarten. Kyuta's motivations are simple. "It is fun to beat people older than me." But he also admits the regime can be brutal.  On the latest championship, Kyuta charged his way to victory in two bouts. But ultimately, after a gruelling grapple, he fell to his rival boy, weighing in at a whopping 135 kg.   "I'm really frustrated," Kyuta said afterwards. "But there's another tournament coming up and I I want revenge."  For now though, the grind towards the top continues for them.