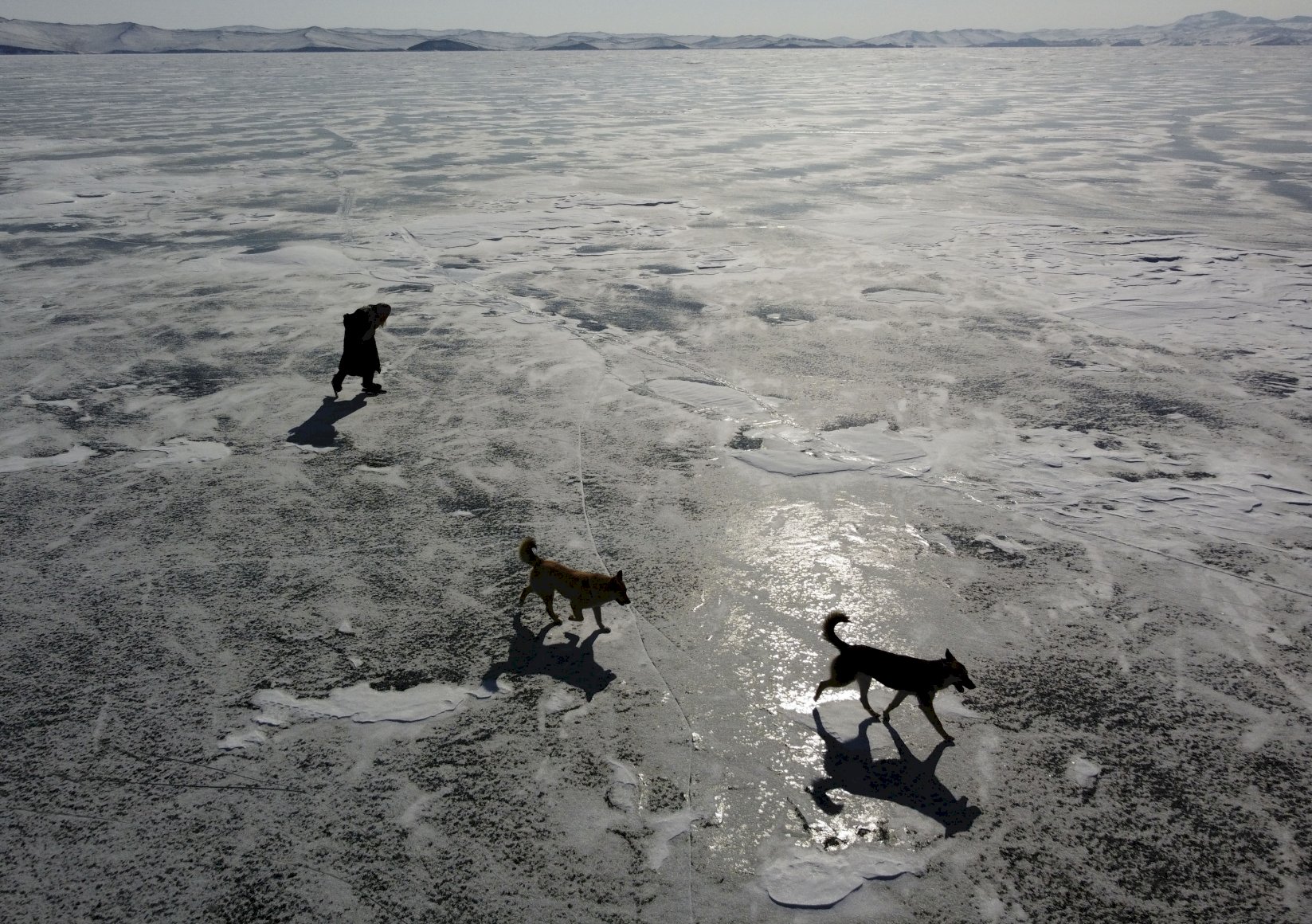 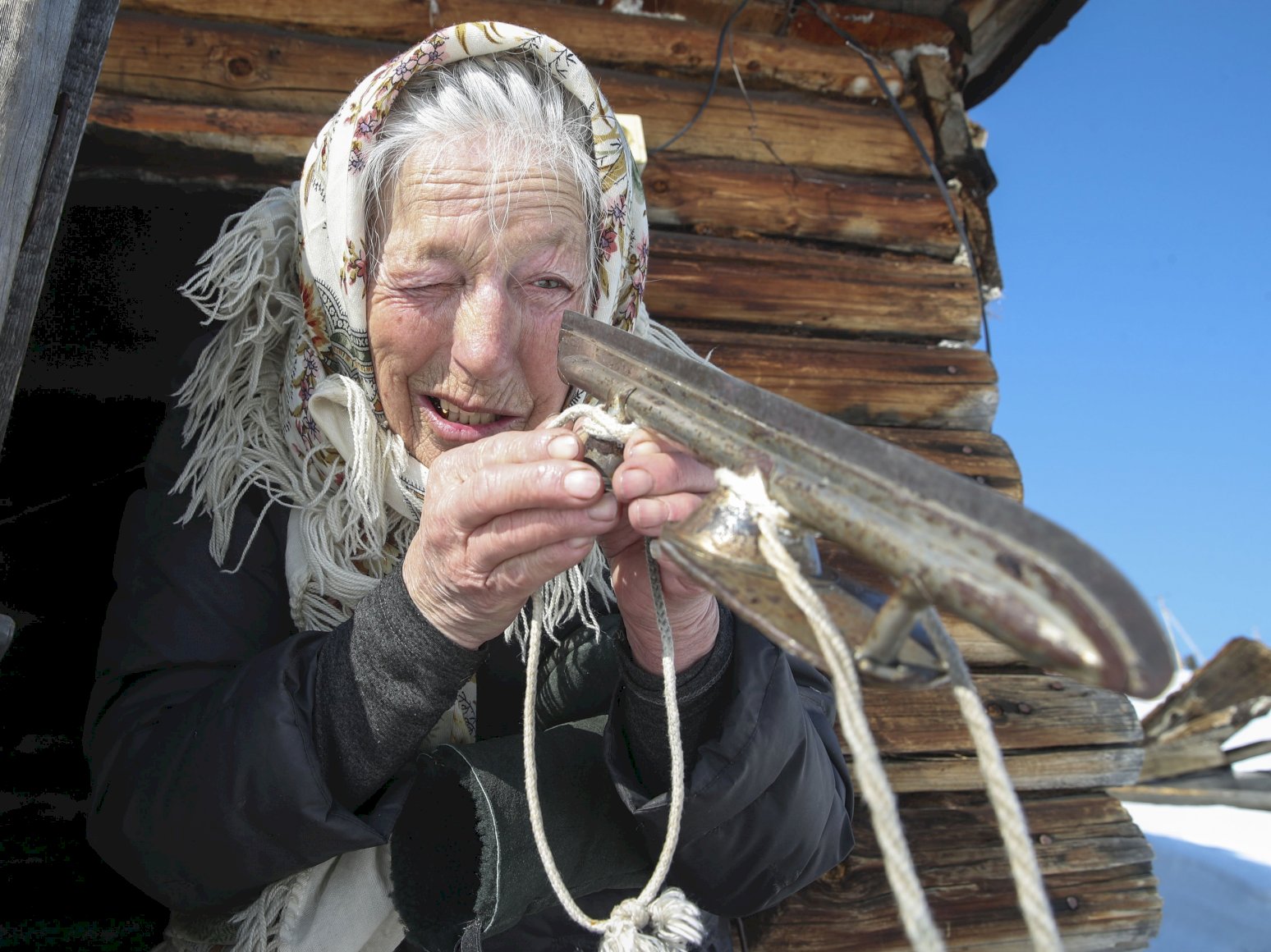 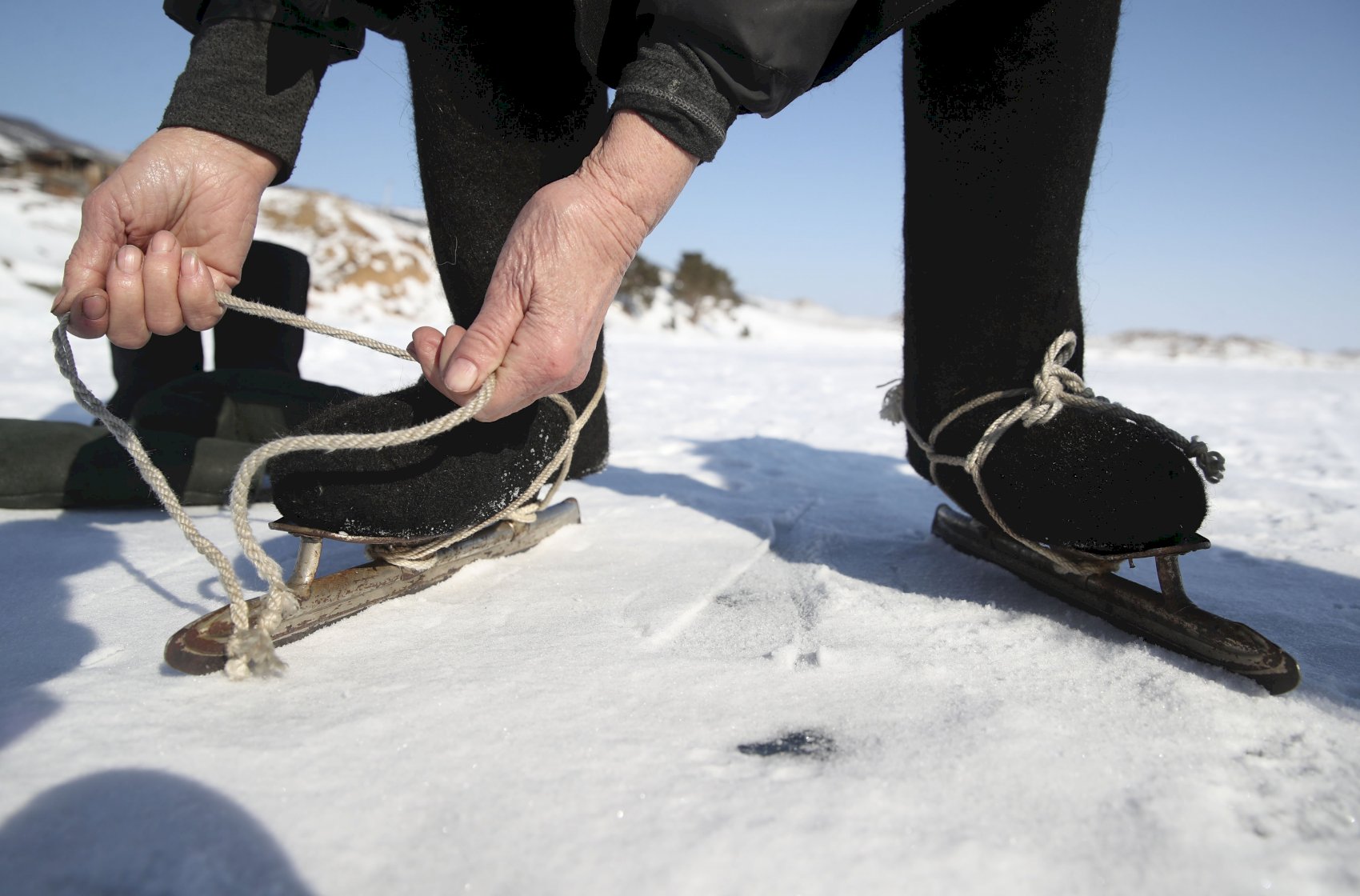 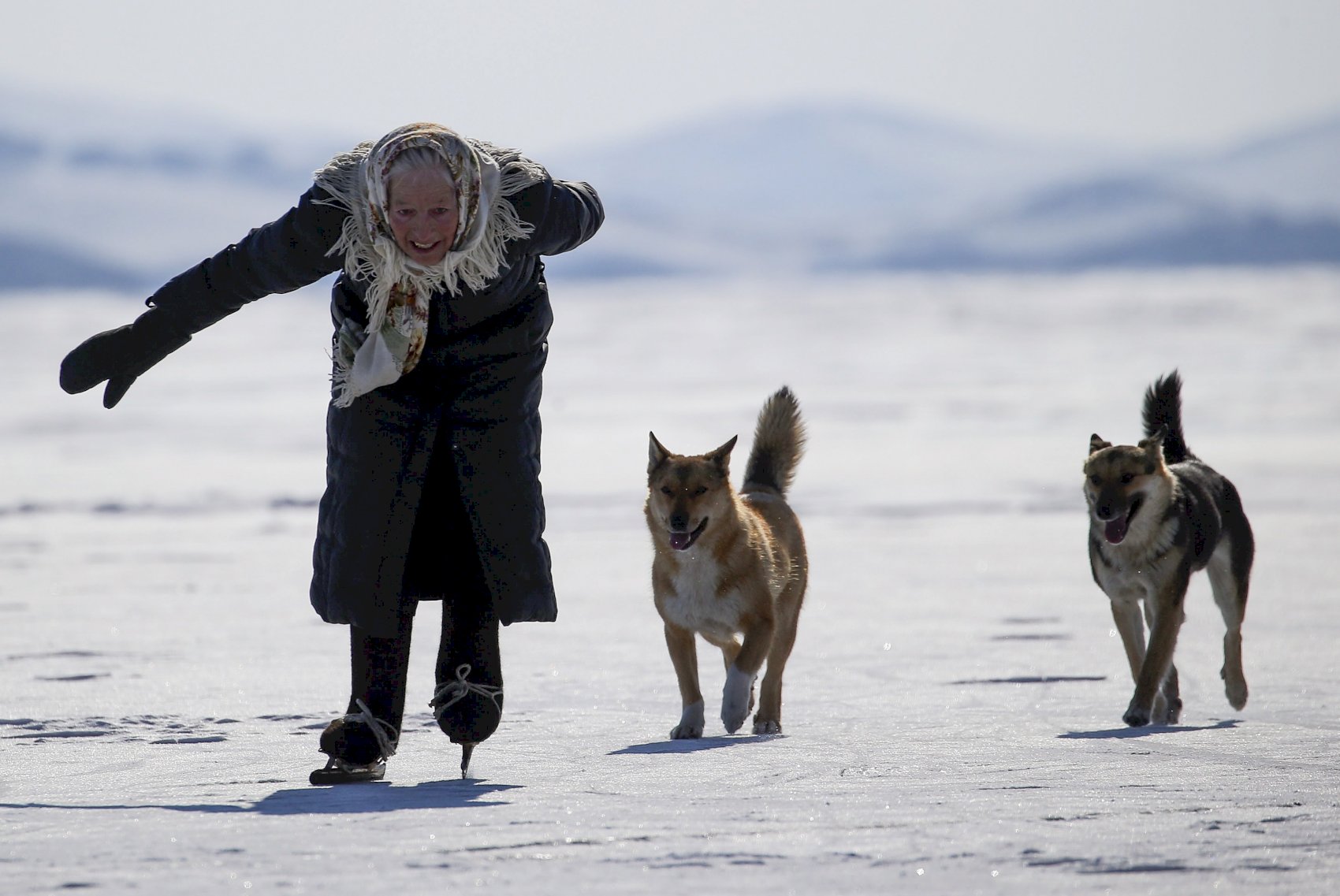 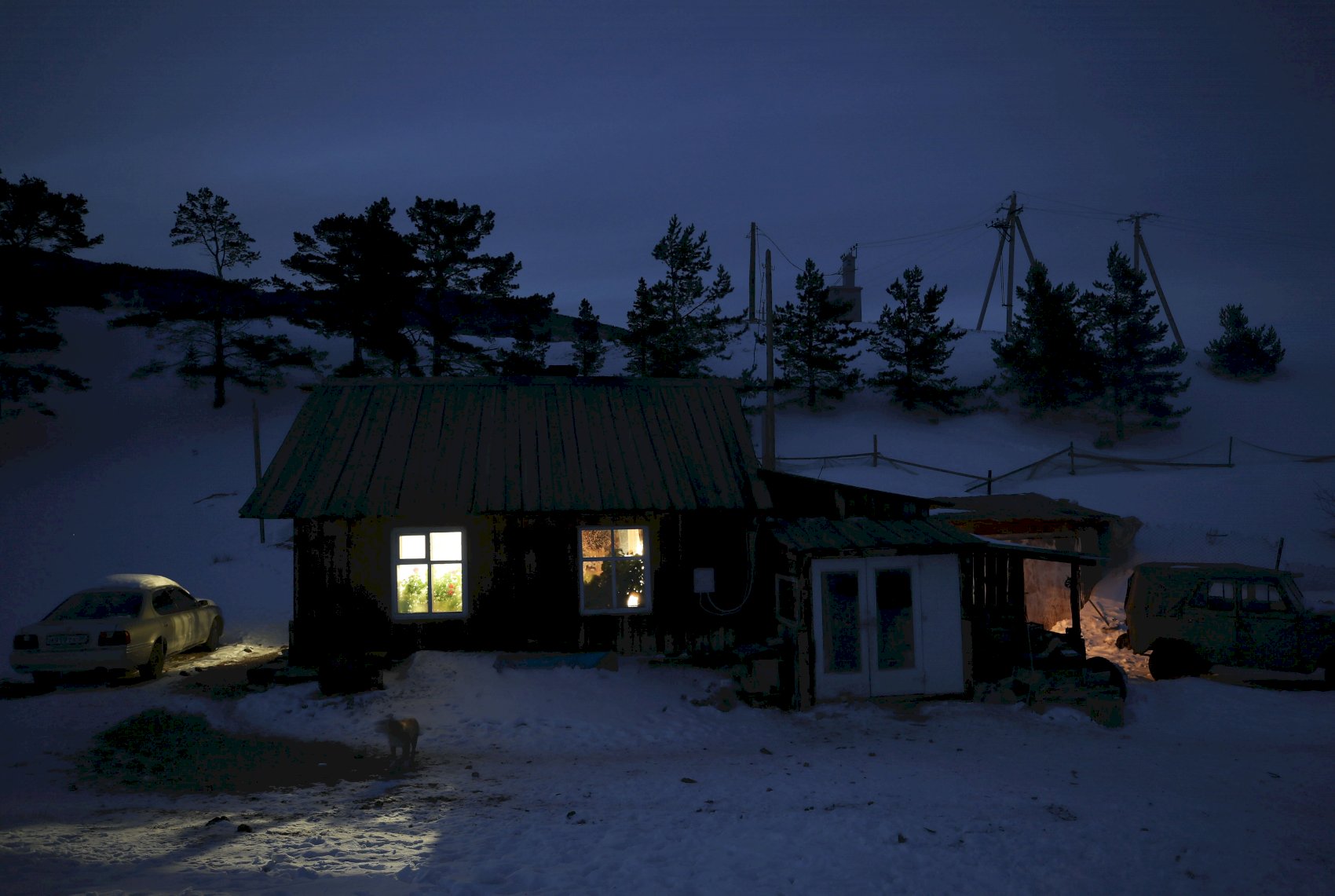 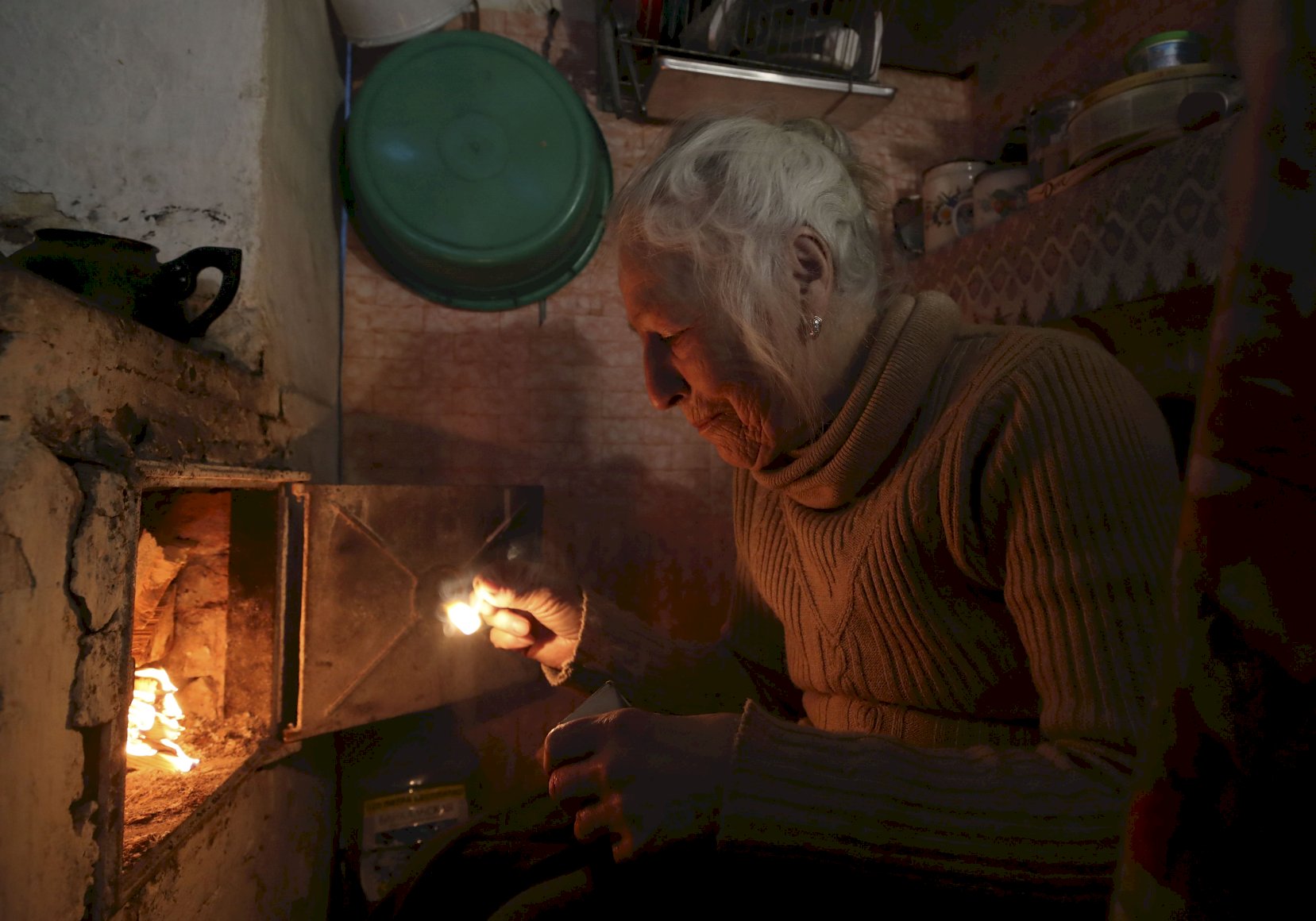 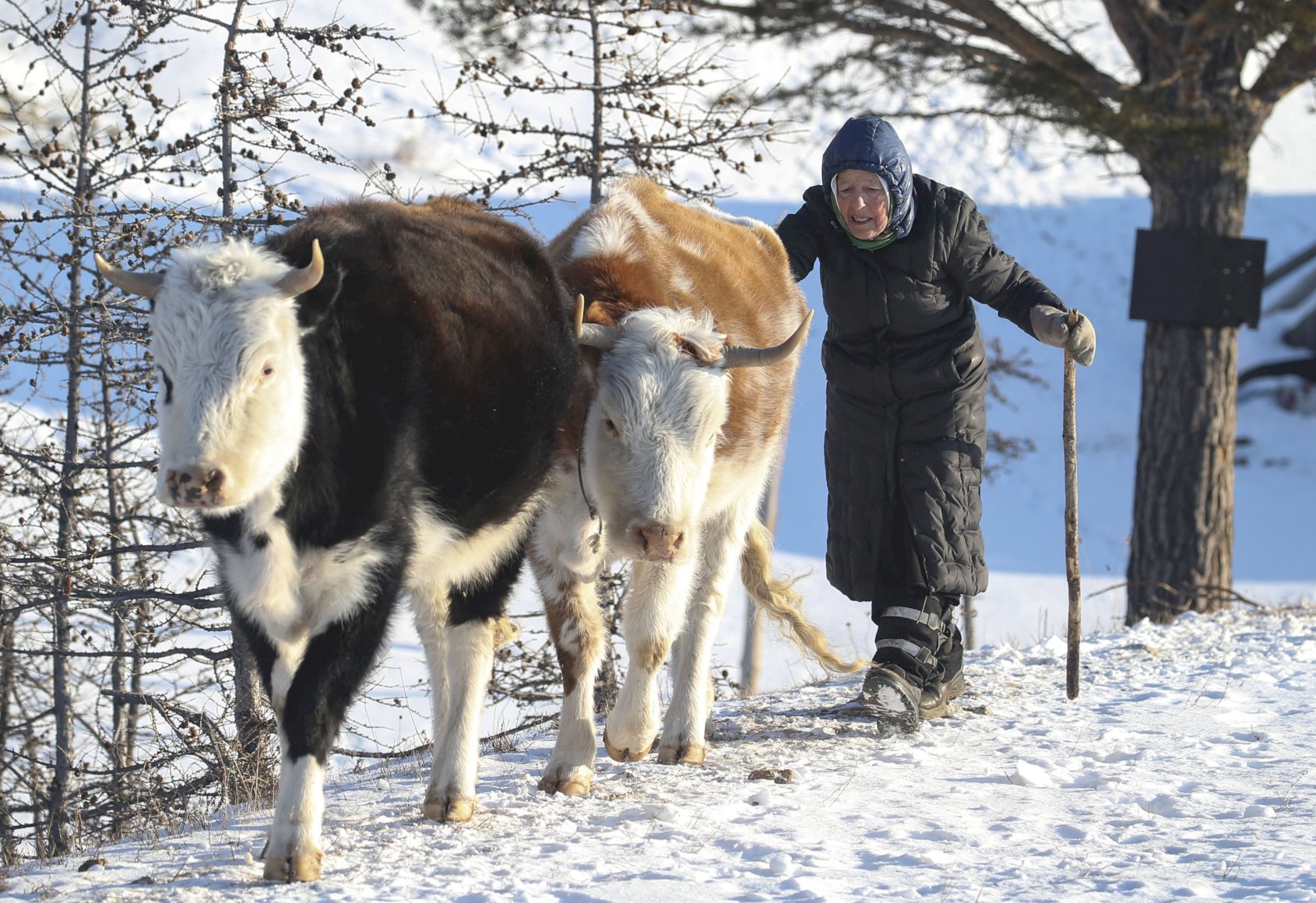 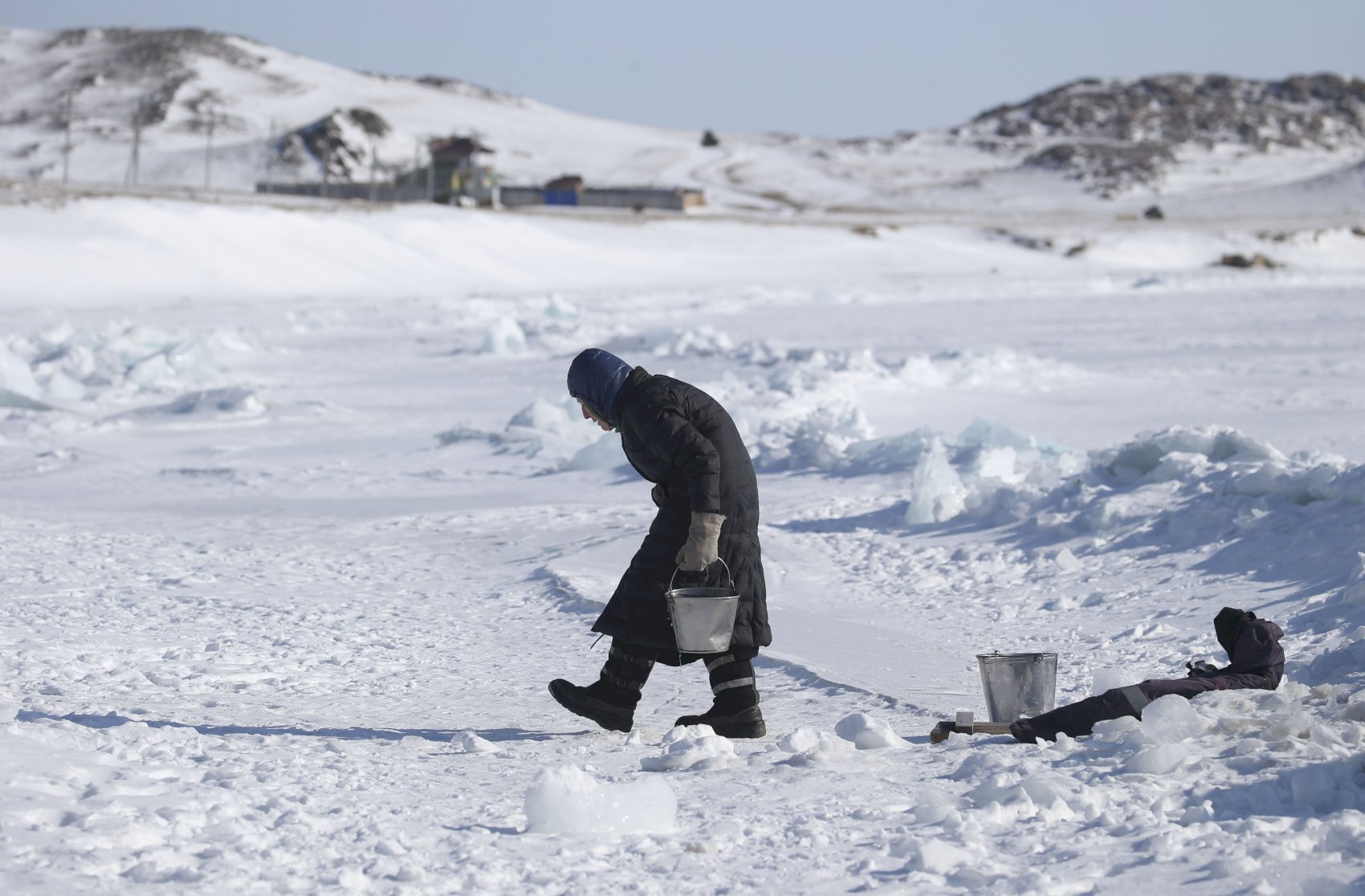 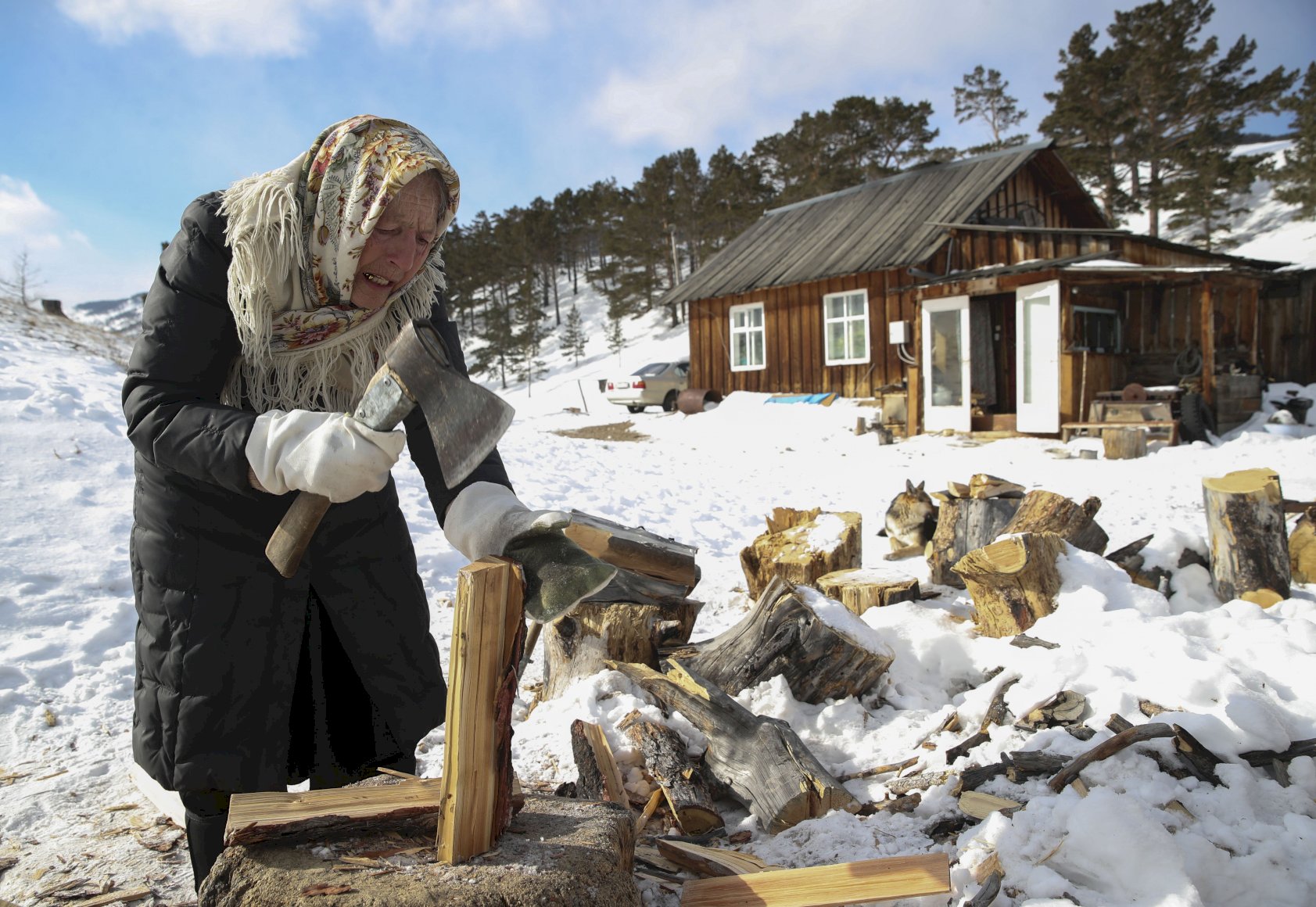 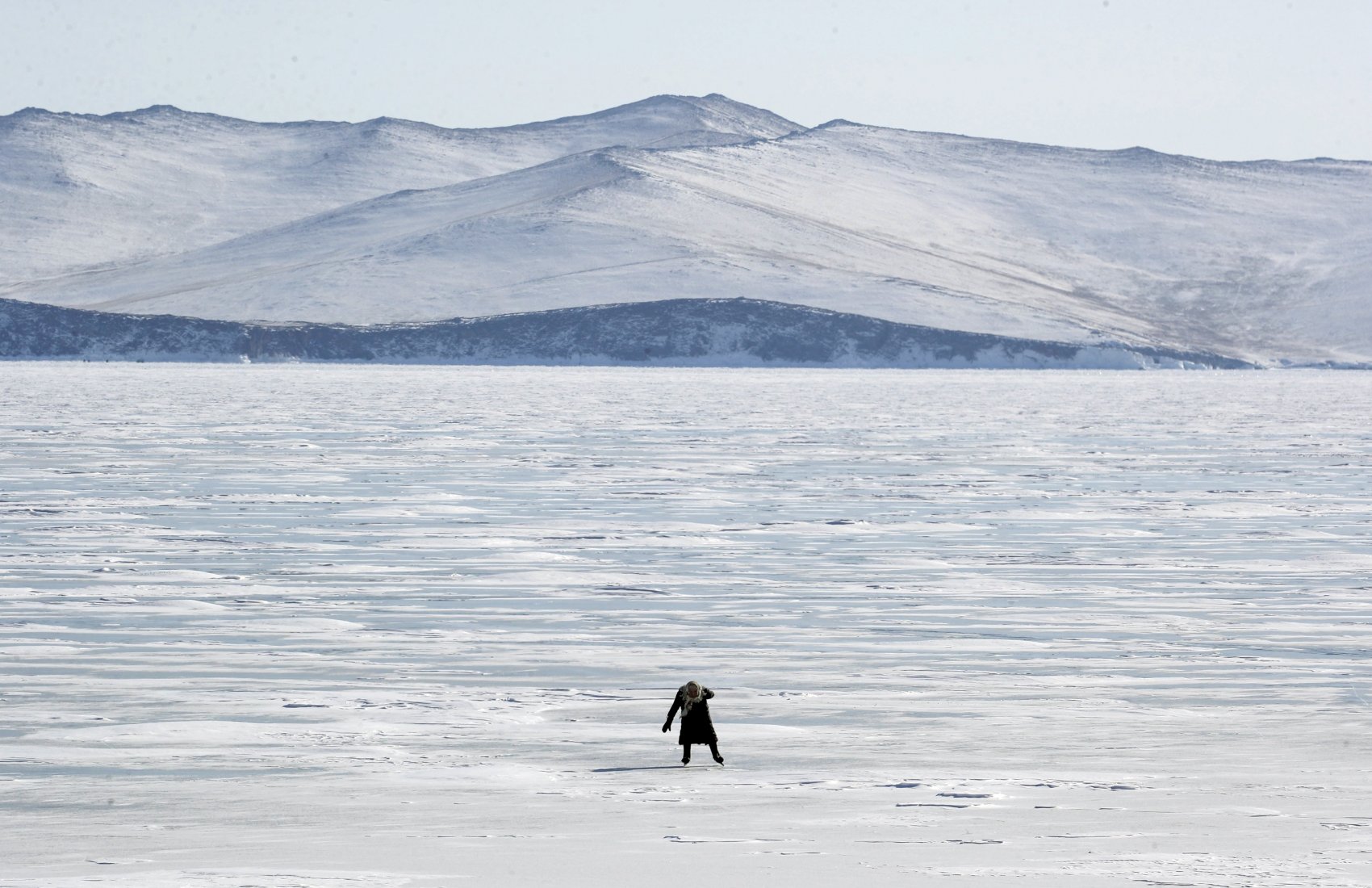 Lyubov Morekhodova, 79, a senior citizen, enjoys skating on the frozen Lake Baikal. A former engineer, Morekhodova has been ice skating since childhood. Her father made her first ice skates from sharpened saw blades. Now she uses a pair of touring skates made in 1945, which her sister brought from Irkutsk. She attaches the blades via bindings to her felt boots (valenki). Since her husband’s death in 2011, Morekhodova has been living alone in Khaly, a remote small farmstead by Lake Baikal. Her children, grandchildren and nephews come to visit her every summer.