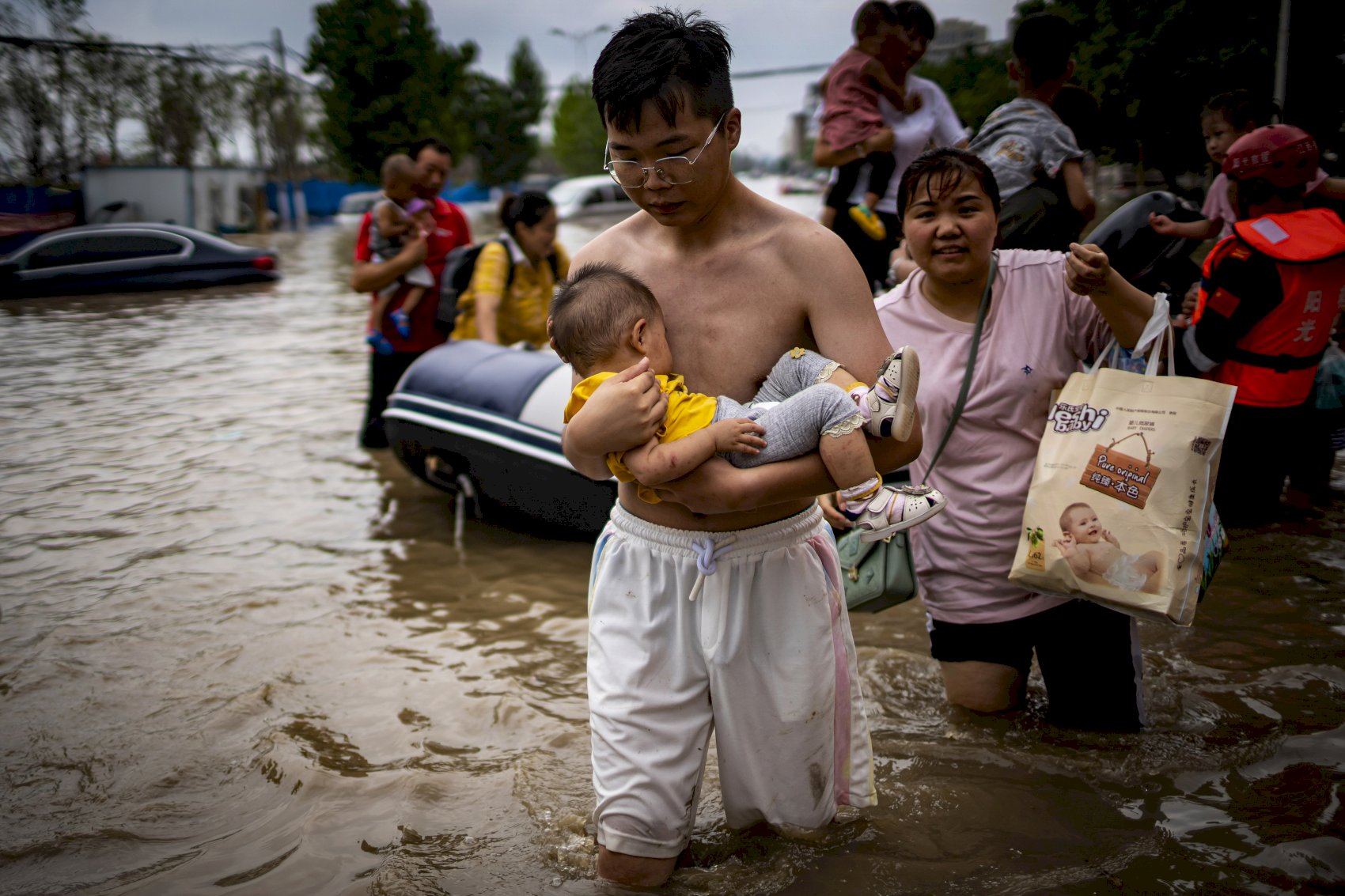 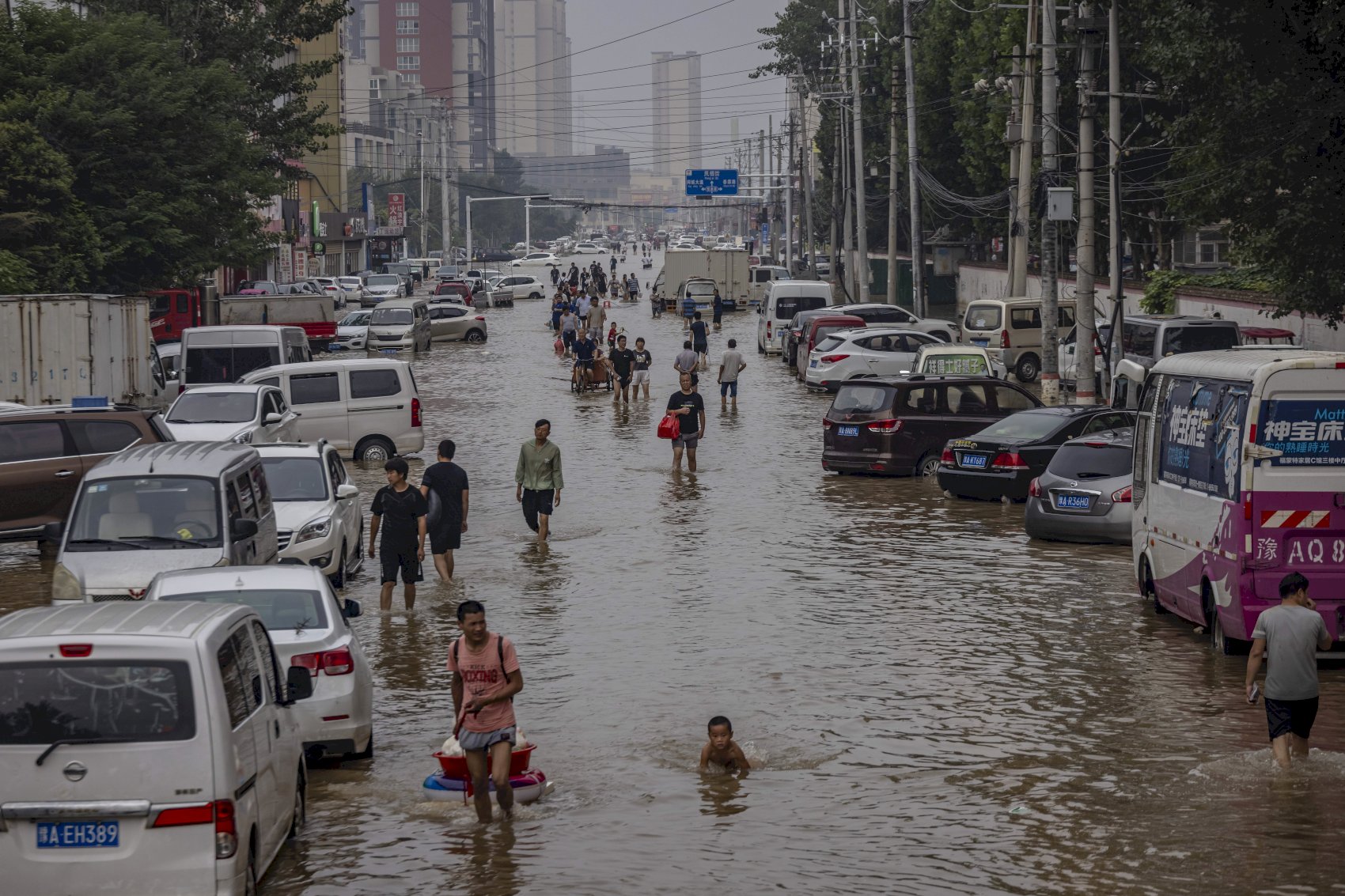 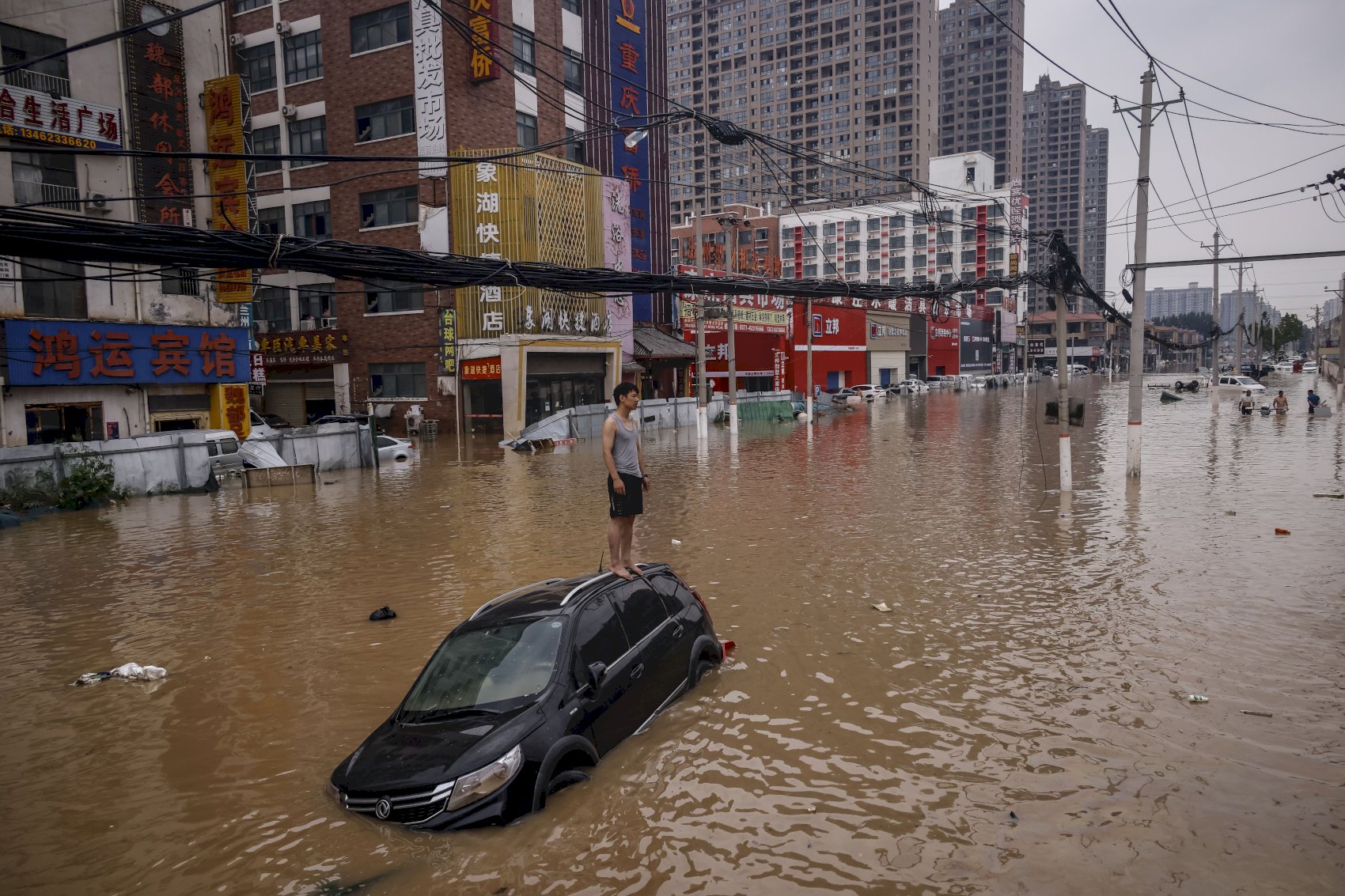 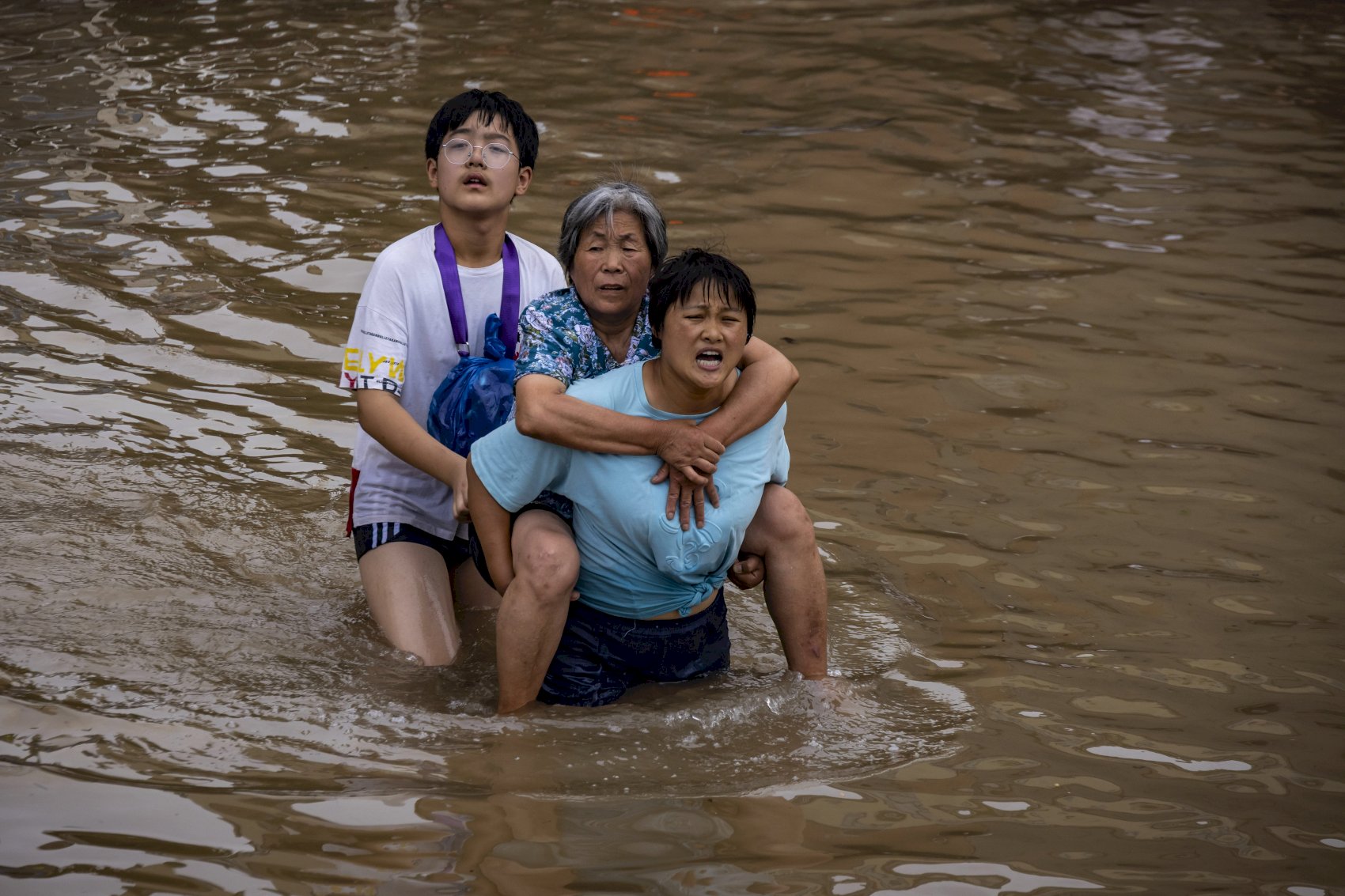 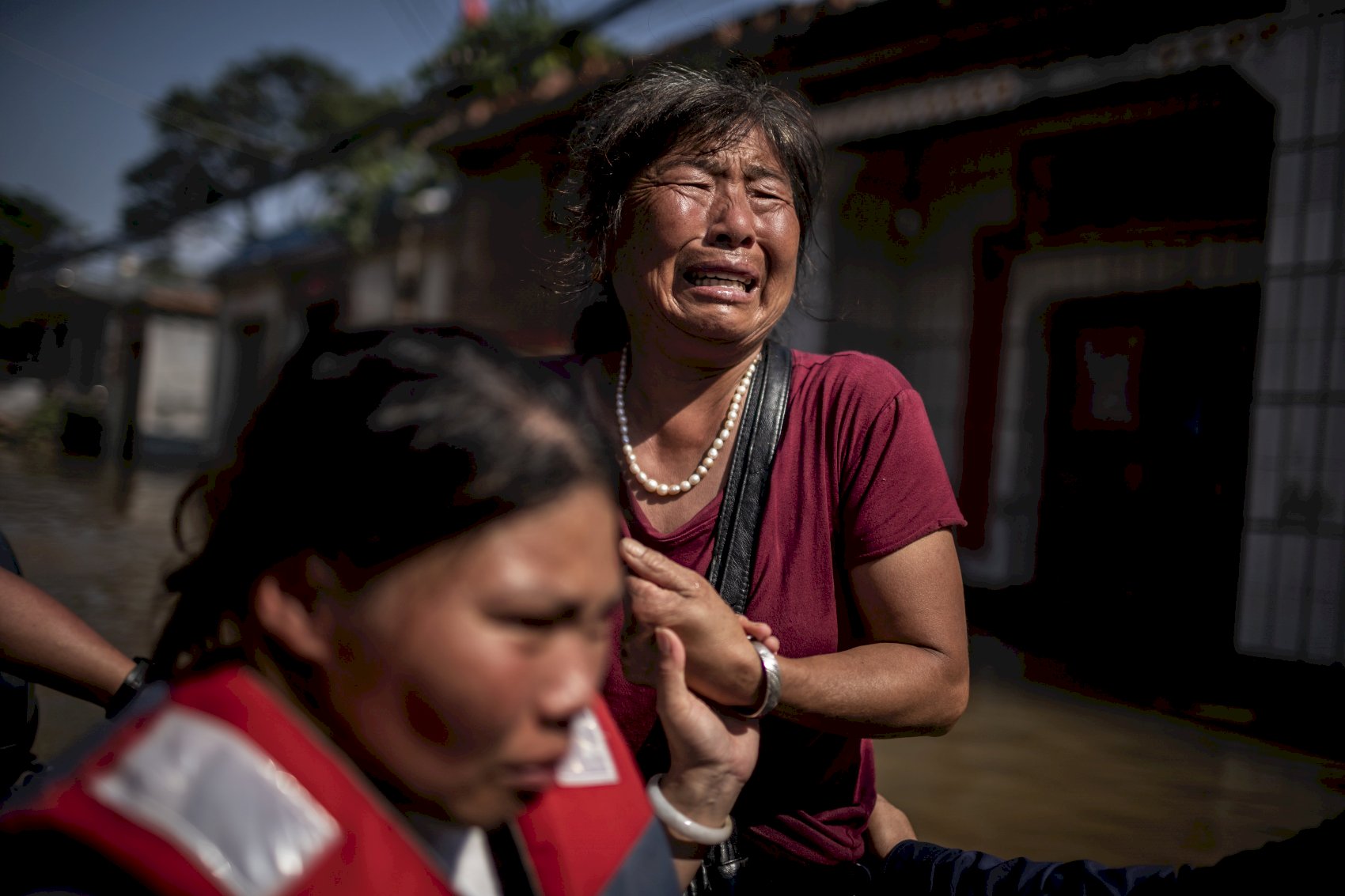 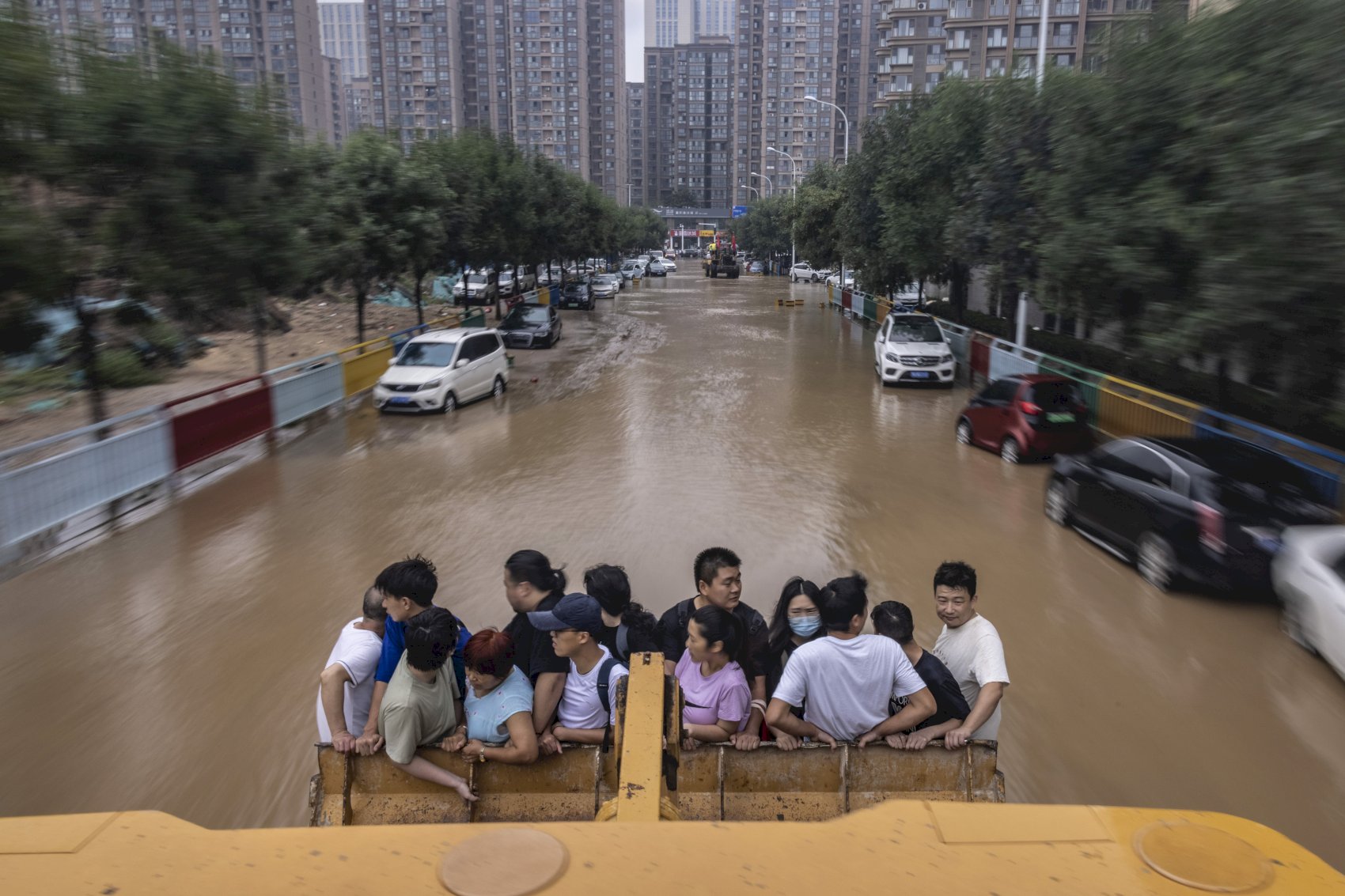 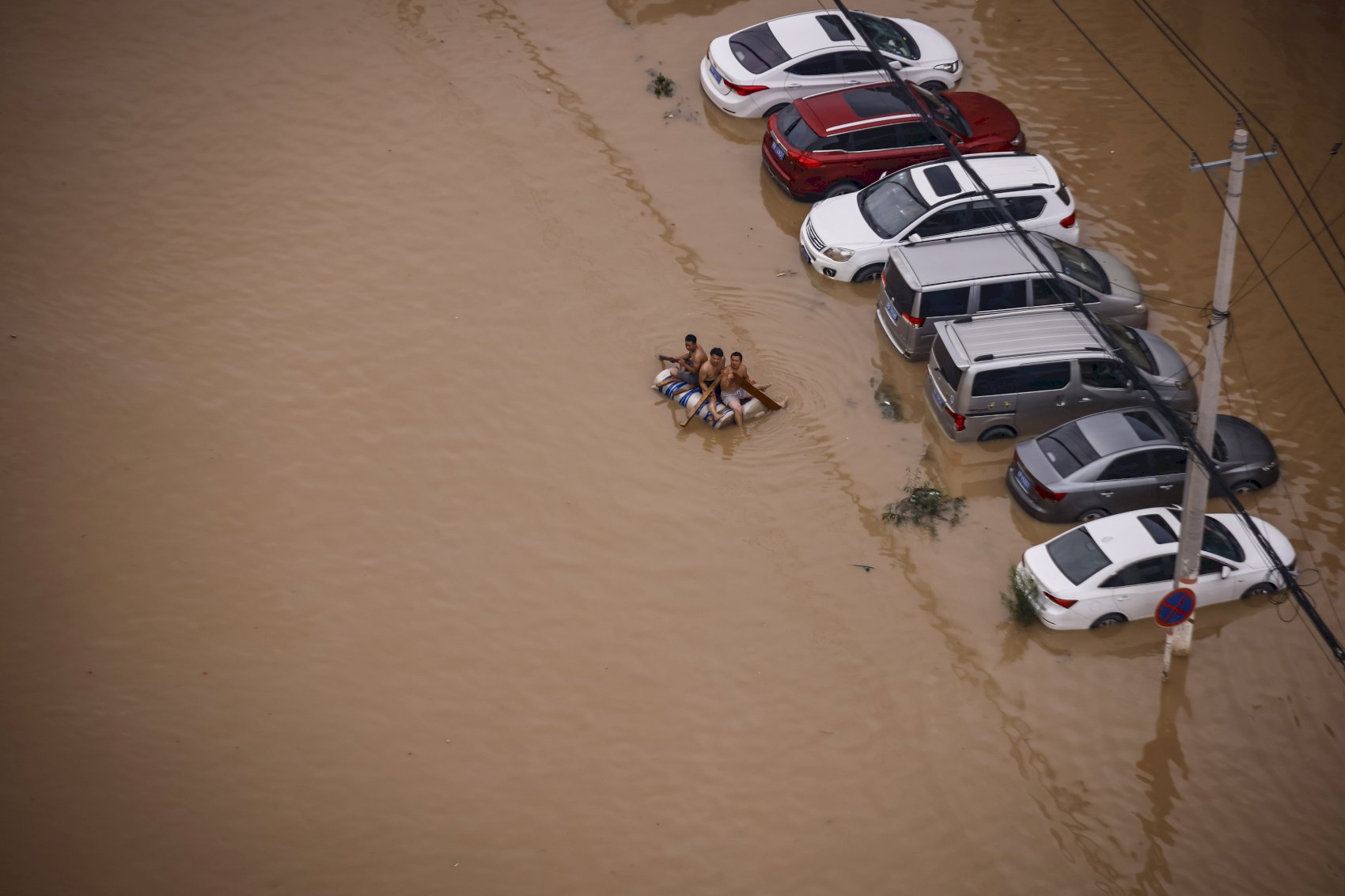 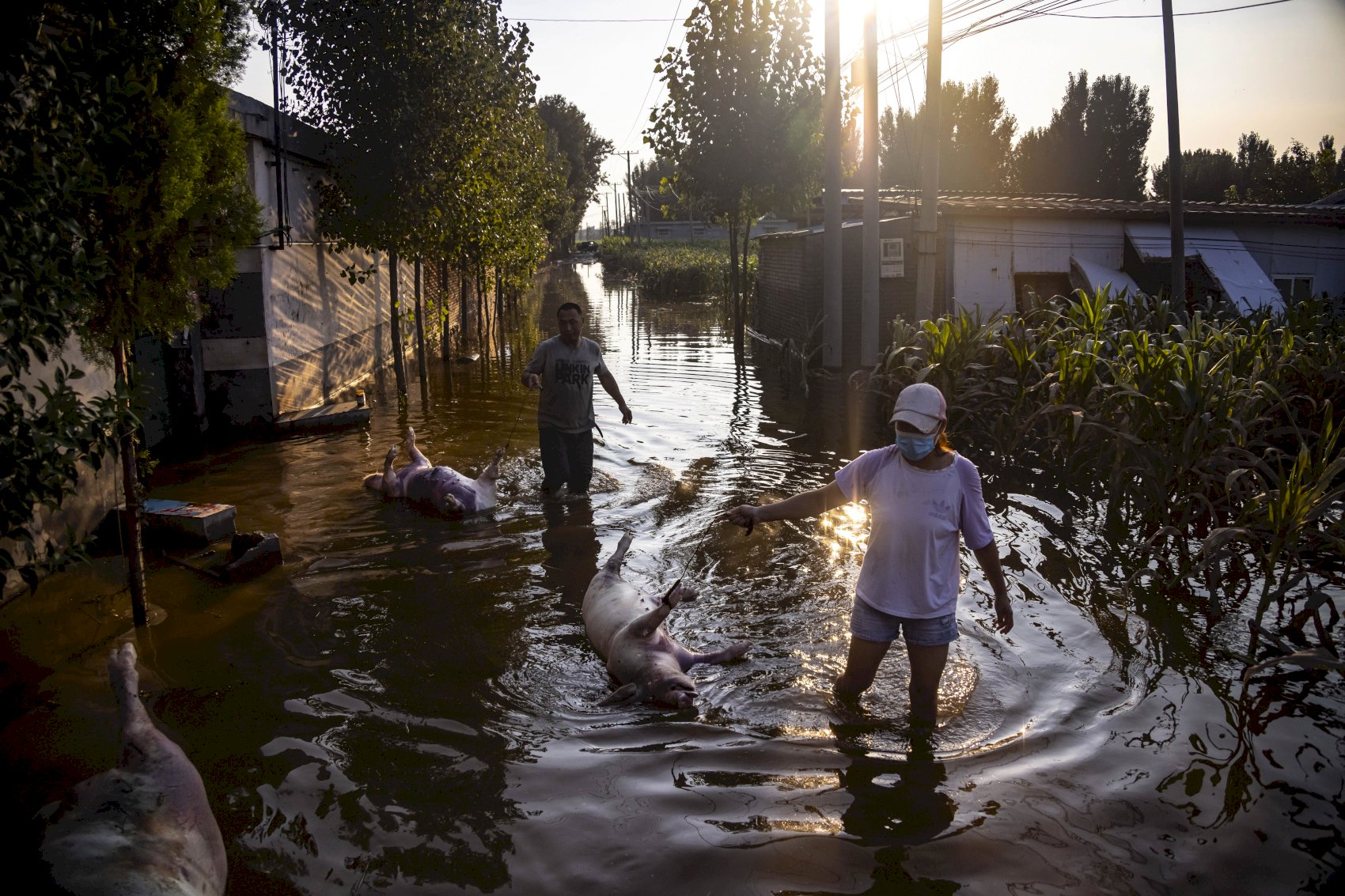 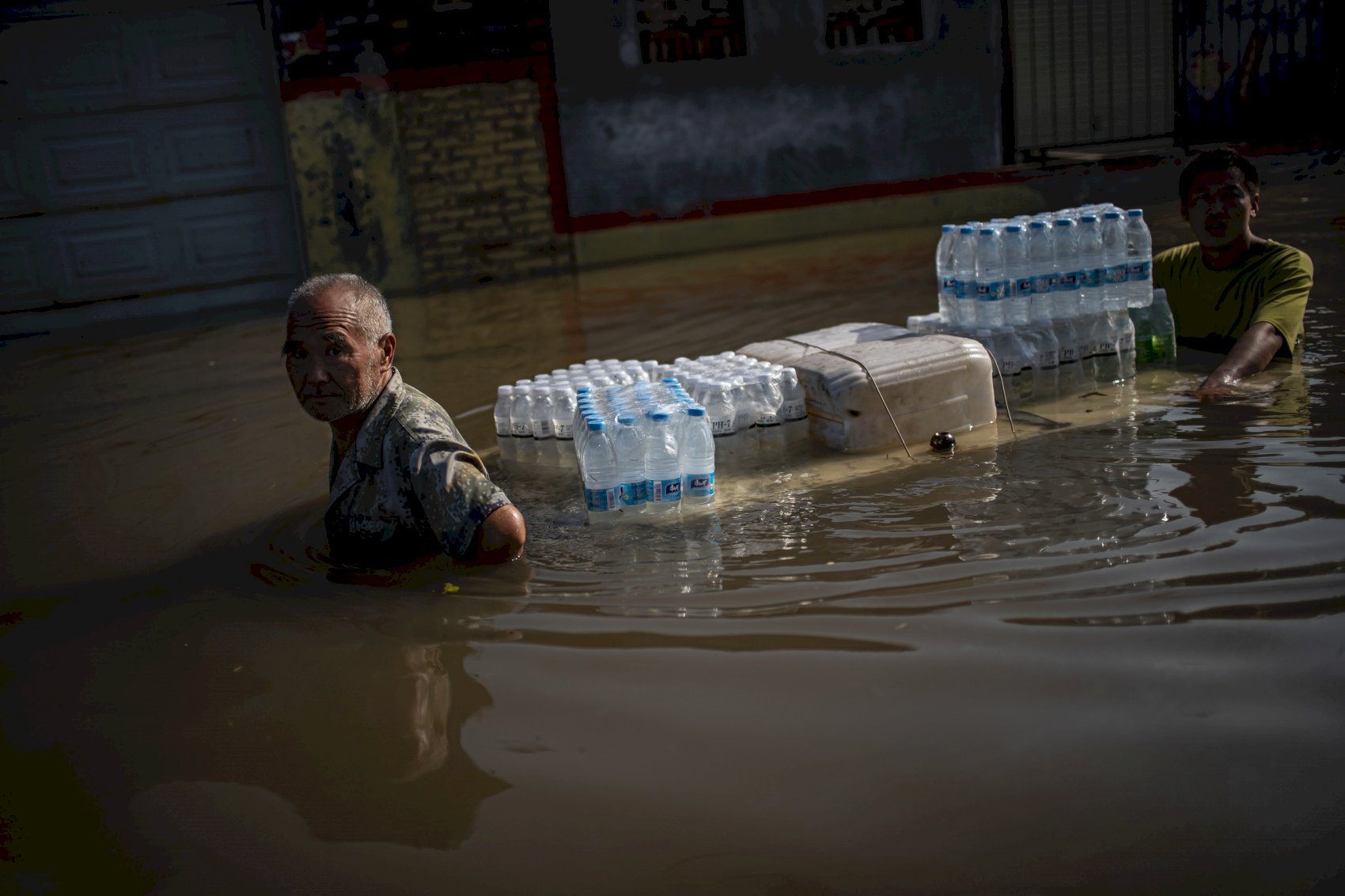 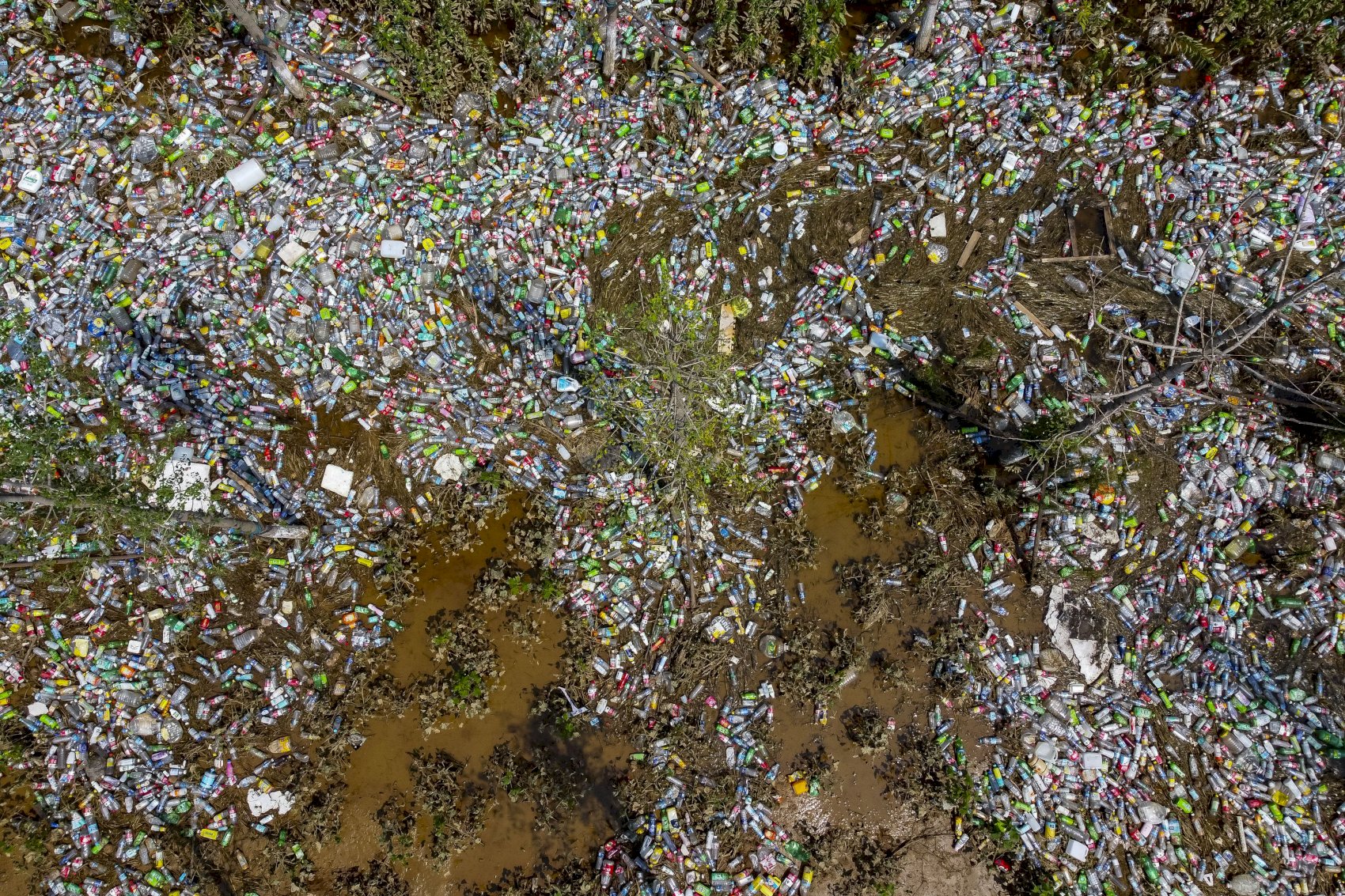 A man holding a baby wades through a flooded road following heavy rainfall in Zhengzhou, China’s Henan Province, July 22, 2021. Zhengzhou, a city of 12 million that lies along the Yellow River, tallied up a death toll of 292, including 14 who perished when a subway line got flooded. In total, 39 people died in underground areas in Zhengzhou including garages and tunnels. Heavy rainfalls of unprecedented proportions not seen in a thousand years poured down on China's Henan province. Direct economic losses in Henan reached 114.27 billion yuan ($18 billion), with more than 580,000 hectares of farmland affected.